It was an evening of fizz, fun and fabulous frocks as the Good Spa Guide hosted its 8th annual Award ceremony in association with Temple Spa. Winners and runners-up gathered in their finery at the event, which has been growing in numbers -- and prestige -- since launching in 2010.

The winning spas reflected just how far the spa industry has come in the last eight years, with an increase in state-of-the-art wellness offerings and wow-factor facilities to rival spas around the world. Spas are no longer the exclusive playpens of the rich and famous either, with a host of affordable venues joining the list of best spas across the UK. 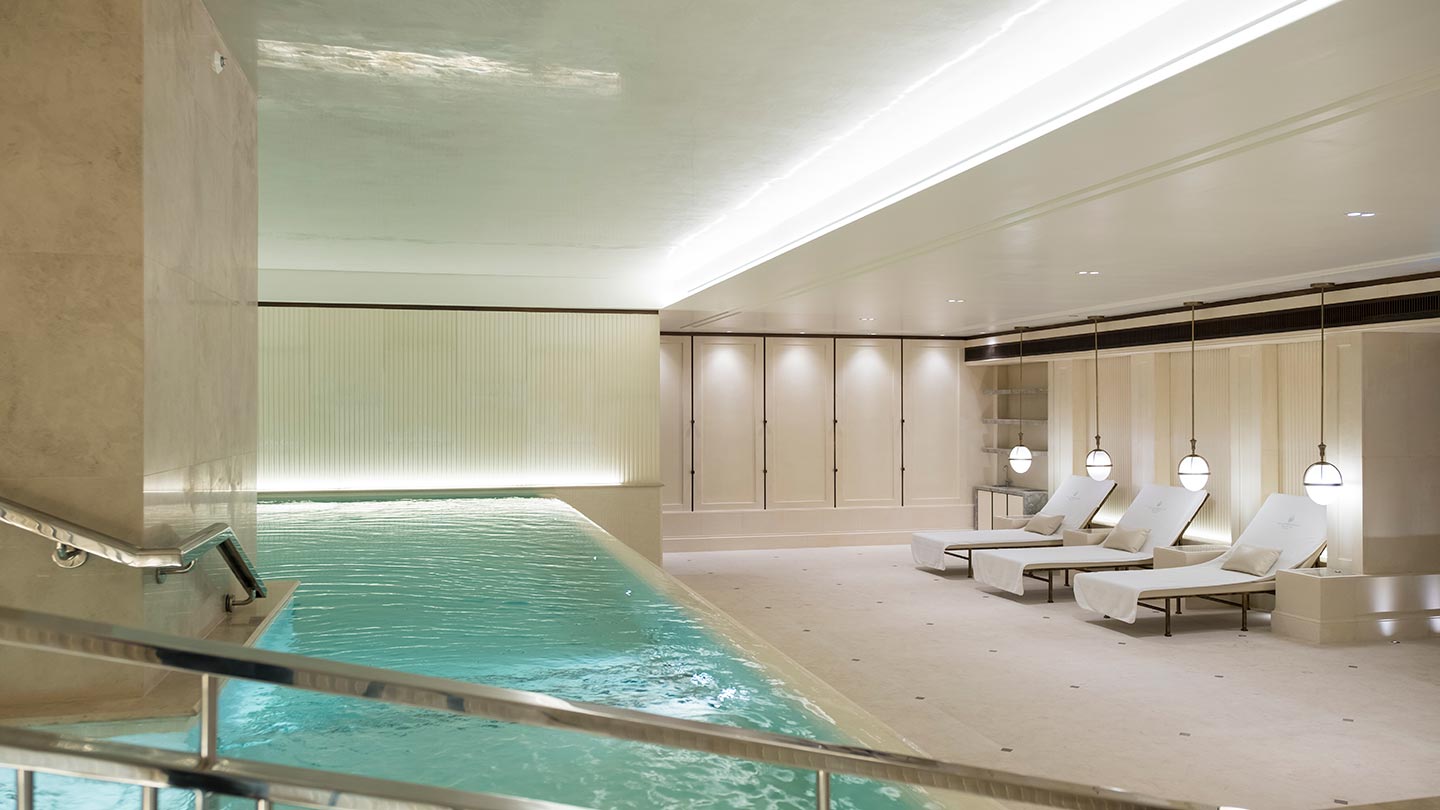 The Lanesborough (pictured), which grabbed the award for the Best Spa in London, has raised the bar for luxury wellness offerings, with its Bodyism Health Club and golden private changing rooms -- a world away from the hotel basement gyms of yore, but also reflecting the well-to-do’s concern for health over pampering.

Health is also now firmly on the menu at The Mere Golf Resort and Spa in Cheshire, which scooped The Best Health Club Spa in the Readers Awards. Wellness continues to be an important factor with our readers voting The Spa at Ramside in County Durham the Best for Wellness sponsored by Dermalogica. Ramside offer bespoke wellness programmes to their members, as well as fine food at Fusion and five pools, including the UK’s largest hydroptherapy pool. 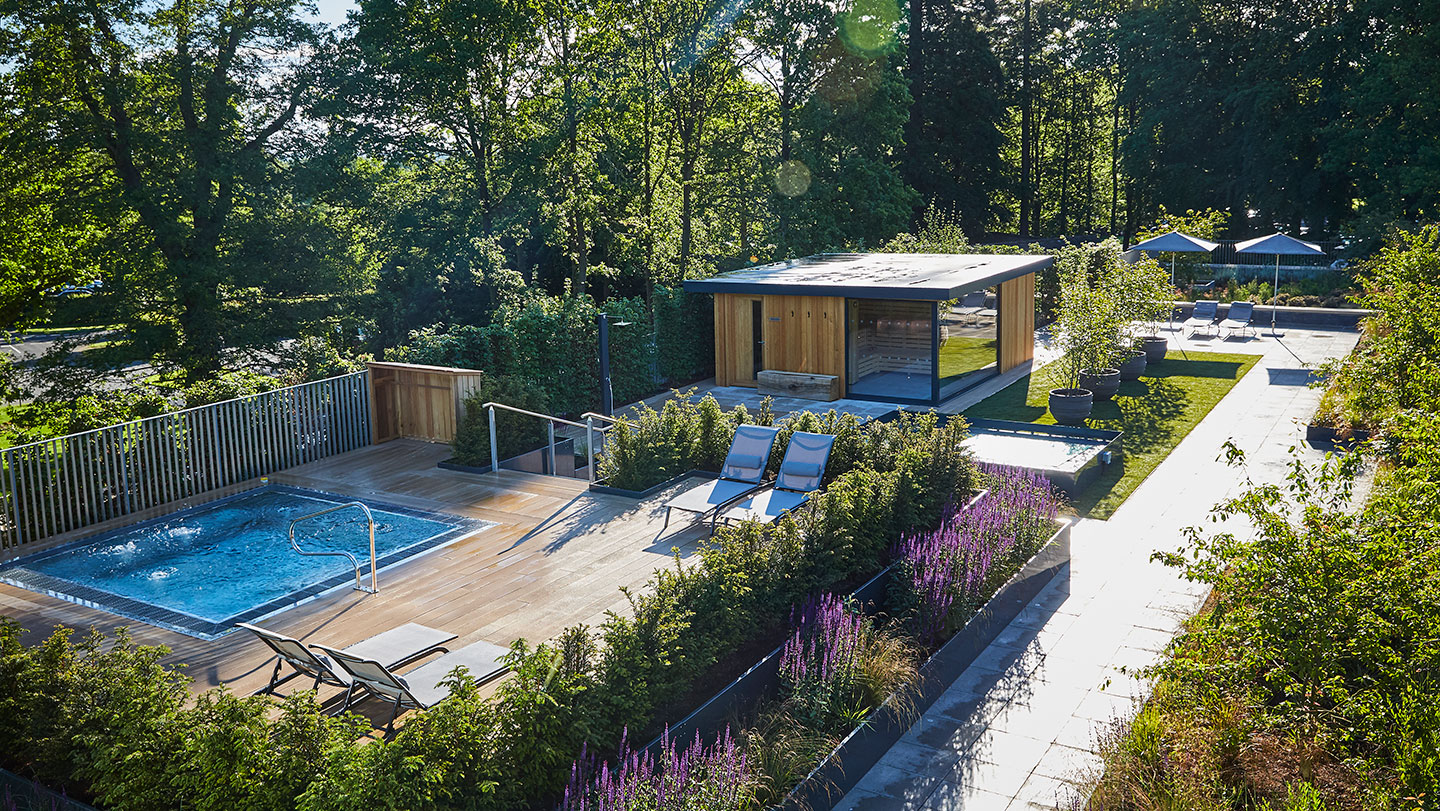 Rudding Park and Aqua Sana Sherwood have both benefitted from major investment this year, capitalising on the trend for outdoor spa-ing. Winner of Best Spa in the North East, Rudding Park (pictured) has been transformed with a new stunning rooftop offering a pool and a garden designed by horticulturalist Matthew Wilson, a frequent panellist on BBC Radio 4's Gardener’s Question Time.

The hugely popular Aqua Sana Spa at Centre Parcs Sherwood Forest has not rested on its laurels either, building a jaw-droppingly spectacular Treetop Sauna with panoramic forest views, as well as a range of new outdoor thermal experiences. Their Best Spa in the East Midlands and East award was well-deserved.

Fabulous staff who treat you like royalty remains the most important factors for spa lovers, and this year our readers chose Serenity Spa at Seaham Hall in County Durham as Best for Customer Service, sponsored by Natura Bissé. 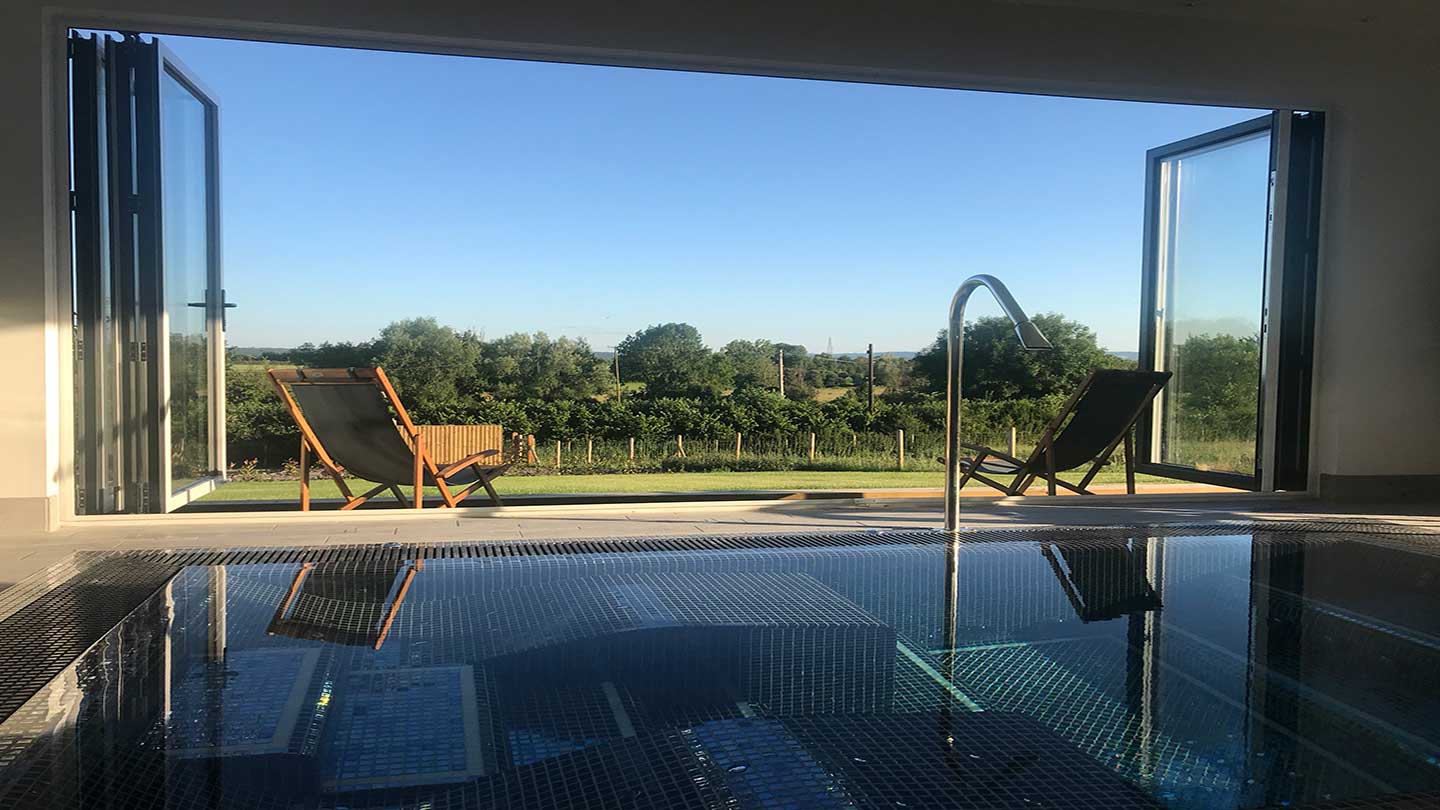 Our Best Newcomer, sponsored by BC Softwear, was Elements Boutique Spa (pictured) in Somerset, “a true little haven of well-being in the glorious English countryside.” Another spa with a spectacular countryside view is The Coniston Spa in North Yorkshire, winner of the Best Country Retreat Spa sponsored by Thalgo, with its hydro pool overlooking The Dales.

Meanwhile, Best Urban Spa, sponsored by Linda Meredith, was won by The Spa at The Midland, an incredibly stylish basement spa in a super cool hotel right in the heart of Manchester.

Stobo Castle Health Spa in Scotland won Best Destination Spa, sponsored by Caudalie, while The Garage Spa in Country Durham was voted Best Boutique Spa, sponsored by Elemental Herbology. But not all spa-goers want to stay overnight, with The Spa Hotel at Ribby Hall in Lancashire taking home the statuette for Best Day Spa, sponsored by DaleSauna.

Other winners of the Good Spa Guide Regional Awards sponsored by Temple Spa already have quite a collection of bubble statuettes, maintaining their excellent standards as the years roll on. 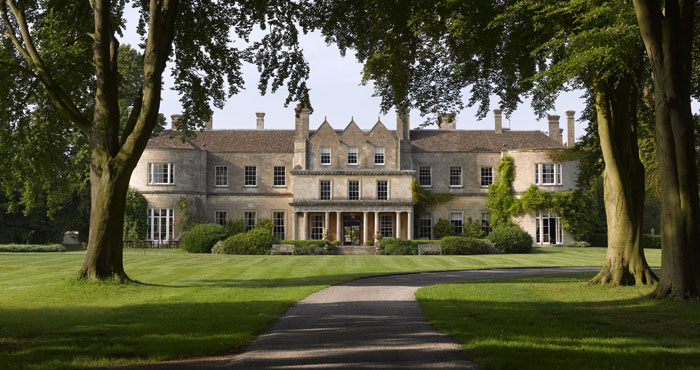 It seems that the third time really is lucky for some: ESPA at Lucknam Park Wiltshire, the epitome of country cool, and Dormy House Hotel and Spa both scooped awards for the third year running, winning Best Spa in the South West and Best Spa in the West Midlands and South Wales respectively.

St Pierre Park Hotel, Spa and Golf Resort in Guernsey, meanwhile, won Best Spa in the Channel Islands for the second year running, while The Spa at Gleneagles – winner of two awards last year, including Best Spa in the UK – returned to scoop Best Spa in Scotland. Still offering good value-for-money treatments, The Woodland Spa in Lancashire again won Best Spa in the North West and North Wales, while Pennyhill Park, an Exclusive Hotel and Spa nailed the Best Spa in the South East.

All spas -- including our wonderful runners up -- should be proud for upholding amazing standards across the board. There’s no doubt that this is a great time to be a part of the spa industry -- but an even better time to be a spa lover. The ultimate winners of The Good Spa Guide Awards 2018 are you, the spa customers. We hope you continue to enjoy all the wonderful spas on our listings as well as this years’ winners.

The Regional Awards, sponsored by Temple Spa, are based on our unique and trademarked Bubble Rating system, determined by reviews from The Spa Spies. The Reader’s Choice National Awards, voted by spa lovers across the UK, are divided into nine categories, including Best for Customer Service, Best Boutique and Best for Wellness etc. 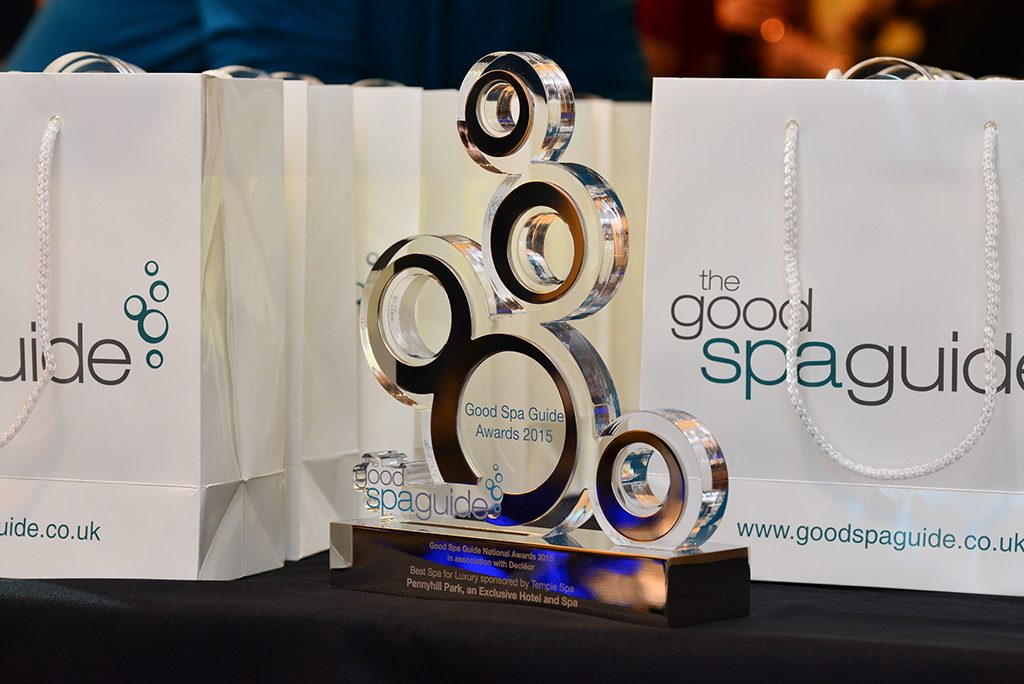 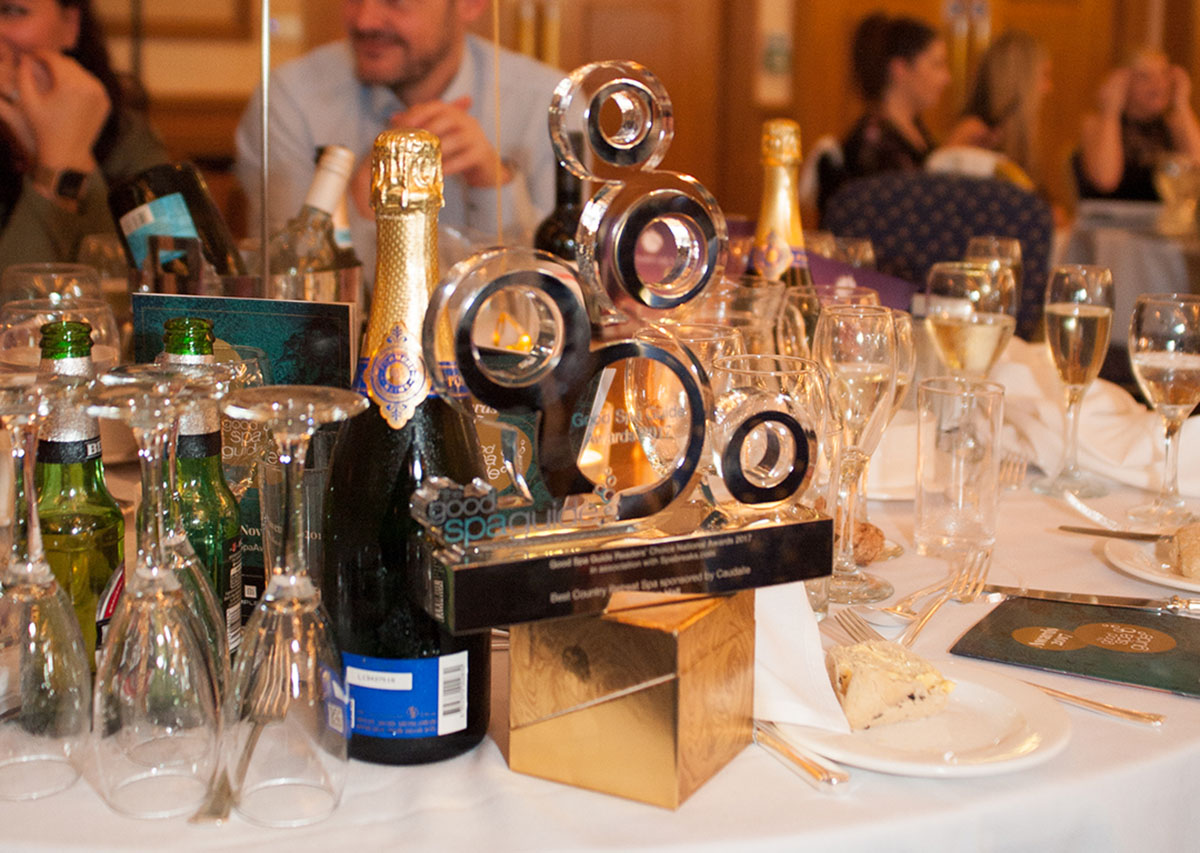 Behind the scenes… at the Good Spa Guide Awards

Here we are, back to reality with a bump after the whirlwind glitz and drama of the Good…

Have you found out who won the very first Good... 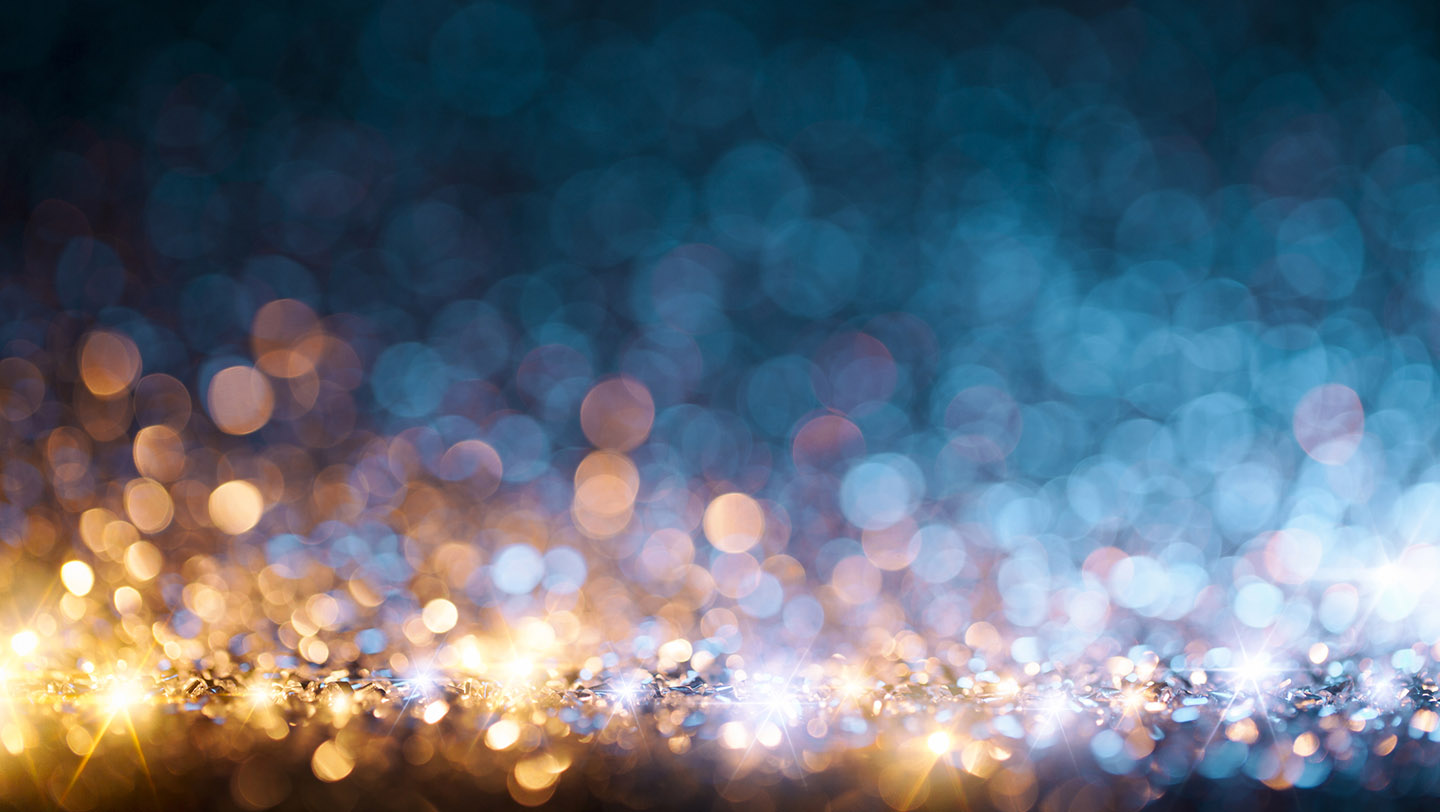 No more tantrums and tiaras, this year's virtual award ceremony is a sedate yet moving…

Find out who won what at the 2014 Good Spa Guide Awards!