A lot of nervousness about visiting spas is about not knowing what to expect. Are you entering a world of scented candles and wooey chillout music? Well, yes, quite probably, but is that really any scarier than white-water rafting or taking a penalty?

Increasing numbers of spas offer dedicated men's treatments or separate areas for guys, and the bill of fare usually reflects male tastes. In fact, very often, if you contrast and compare, you'll notice that the treatments themselves are not totally different from what the ladies may be having further along the corridor. That said, the scents are generally more manly. Think sandalwood, cloves, lime, perhaps a daring dash of peppermint. Nobody's going to think the worse of you if you smell like you've just had an extra-strong mint.

You don't have to make cheery conversation during the treatments, like you do when you get your hair cut. It really is best to just lie back and think of England's chances in the World Cup. Or better still, think of nothing at all. It can help to close your eyes. There is absolutely nothing wrong with a semi-dozing slumber. There is no more obvious sign, after all, that your body has entered a state of complete relaxation.

If you still feel a little nervous about visiting a spa, why not let your partner take you along? Couples massage can be a very bonding experience, plus you earn brownie points for doing something adventurous. It's all good.

Are there any spas just for men?

I'm a man and not very tactile. Are there any treatments that don't involve touch?

If I book a facial, should I shave before my treatment?

Do spas have disposable underwear for men?

Are there any spas just for men?

There are plenty, and some mixed spas have men-only areas.

Many spas are geared up for dealing with men who are new to the whole experience, and will allay any nervousness about what's involved.

Almost all spas have single-sex changing rooms. Some, such as Peak Health Club and Spa and Bulgari Hotel and Residences in London, Pennyhill Park in Surrey, and Celtic Manor in Wales, have men-only areas within their spa complex.

So, if you think you'd be more comfortable in an all-male environment, you can certainly find one.

I'm a man and not very tactile. Are there any treatments that don't involve touch?

Men are often concerned about the touchy-feely aspect of spa treatments, but once you've got the taste for it, you'll wonder what held you back in the first place.

For some men, it's hard to believe that their partner is giving them permission to be rubbed, scrubbed and indulged by another woman! The same applies to gay guys being treated by a male masseur. If you're having a massage, decide whether it matters to you to be attended to by a woman or another guy. Having a woman looking after you may seem like the best kind of self-indulgence, but a male masseur may well be better at giving you a properly vigorous deep-tissue going-over.

If you're worried that you'll feel uncomfortable with someone touching you, remember: therapists tend to be well trained, professional and experienced. The way you are touched during a massage or facial is not the same as being flirted with, nor is your personal space invaded. The therapist, the environment and the music are all designed to put you at ease.

If you are really worried, why not go for a treatment that doesn't involve anyone else but is still a great experience, such as a serail mud chamber? Once you've got what spa-going is about, you'll probably feel a lot more comfortable about trying a new treatment. And then another... And eventually you'll wonder what you were worried about.

I've booked a facial – should I shave before my treatment?

Not immediately beforehand. Shaving can leave your skin feeling tender and sore, so the day or evening before is more appropriate.

On the other hand, if you're having a facial, it's a good idea not to have too many days' growth of stubble when you go. You'll get more out of your facial if you have a shave the day before, as your stubble won't interfere with your pores. The less hair there is to get in the way, the more easily and effectively the oils and lotions will be able to get to work on your skin.

If you do shave on the day of your facial, be sure to do so at least six to eight hours before your appointment. Some of the lotions used can be deliciously abrasive, and if your skin is prone to sensitivity after shaving, it may not forgive you.

Lots of spas are now branding facials especially for men, giving them macho names such as Urban Express Facial or Man-time. However, they may well be similar to the women's facials, except with less flowery-scented oils and creams. Tell the therapist anything you can about your skin to help her choose appropriate products. As with any facial, your skin type is more important than your gender.

Facials for men are really just a reinvention of the old barbershop steam and shave, so relax and let the luxury wash over you! If you have facial hair, that part of your face is not going to get much contact from the lotions, perhaps, but may well benefit from facial massage or steam treatment. Massage and heat help boost the flow of blood and lymph to the surface of your skin, and make your skin feel flushed, tingling and healthy.

And guys, remember that shaving is not recommended immediately before any waxing treatments or other hair removal services.

Do spas have disposable underwear for men?

Paper knickers are a familiar part of the ritual for female spa-goers. Dinky disposable undies are dished out by spas for the messier treatments, such as exfoliation and body wraps, to spare your own underwear.

Some spas do have disposable underwear for the gents, but not all. Most spas ask that men keep their swimming trunks or shorts on during treatments. Check with the spa before you arrive, but the person in charge of your treatment will also tell you the drill.

If you're just having a back, neck and shoulder massage, you may not need to take anything off -- or maybe just your top. For a full-body massage, you'll need to get down to your shorts. You'll be left alone while you take off your stuff, and also when you put all your clothes back on again, so don't worry about having an audience.

Not sure what treatments to have?

Read all about spa treatments for men to help you make your choice. 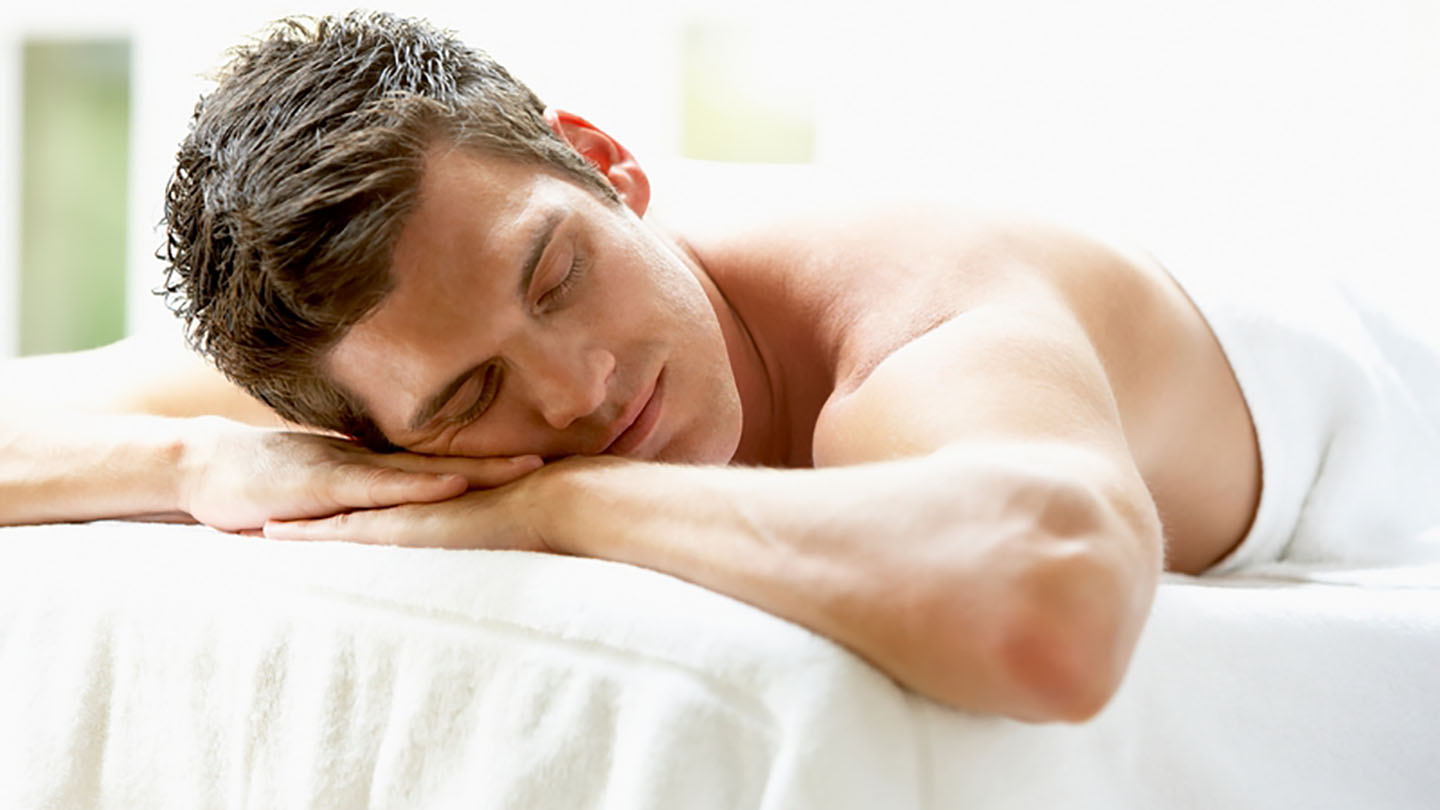 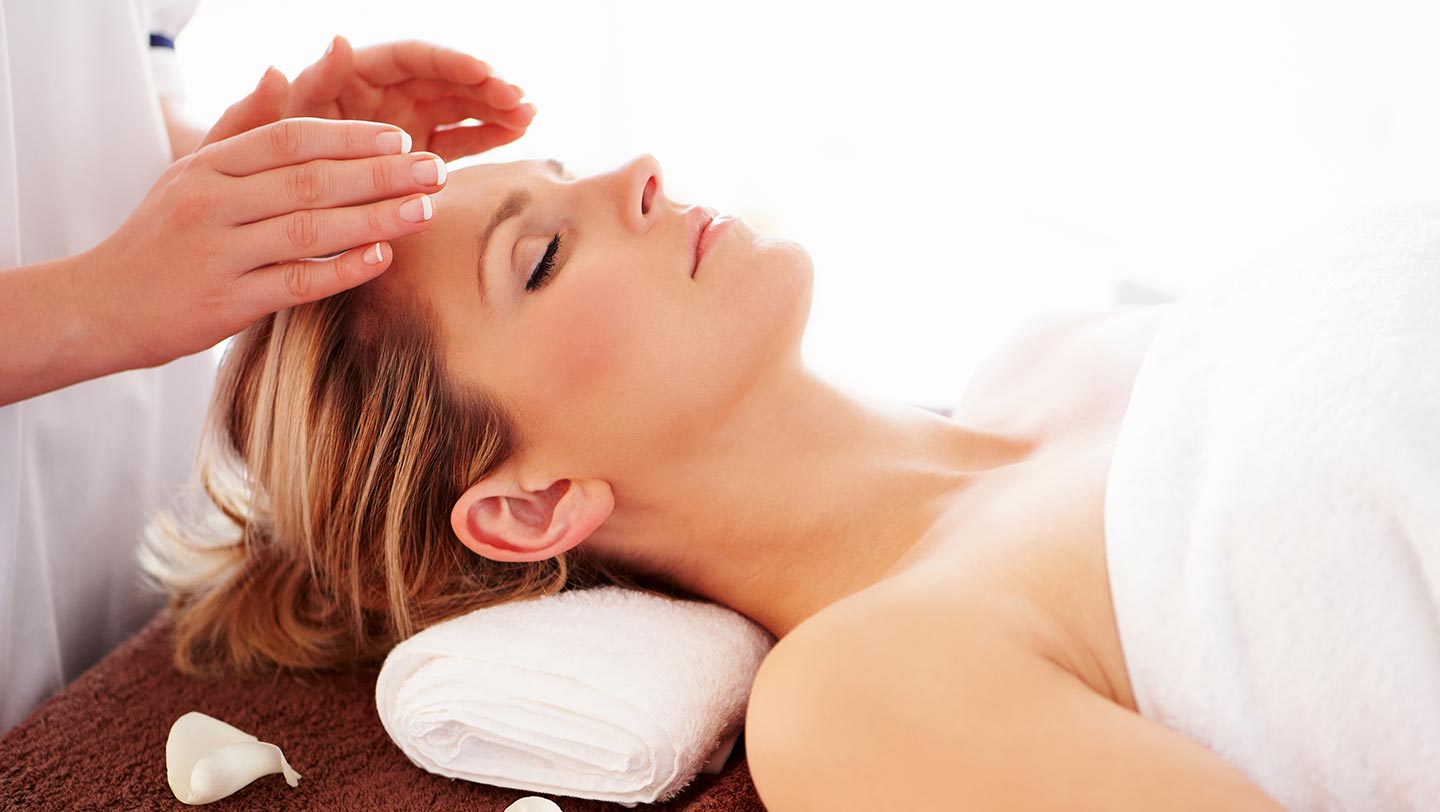 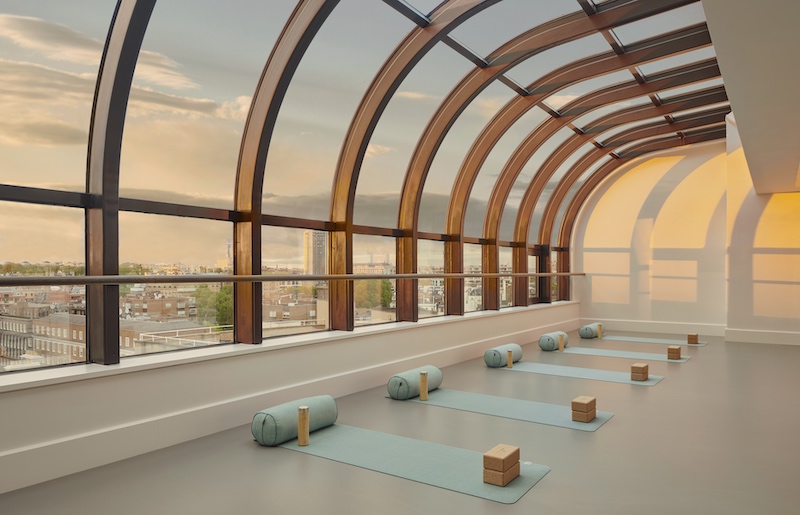 The Peak Health Club and Spa

The Peak at the Jumeirah Carlton Tower delivers relaxation and energisation in equal measures, and, what's more, it provides it in a five-star hotel with luxury oozing from every corner. The… 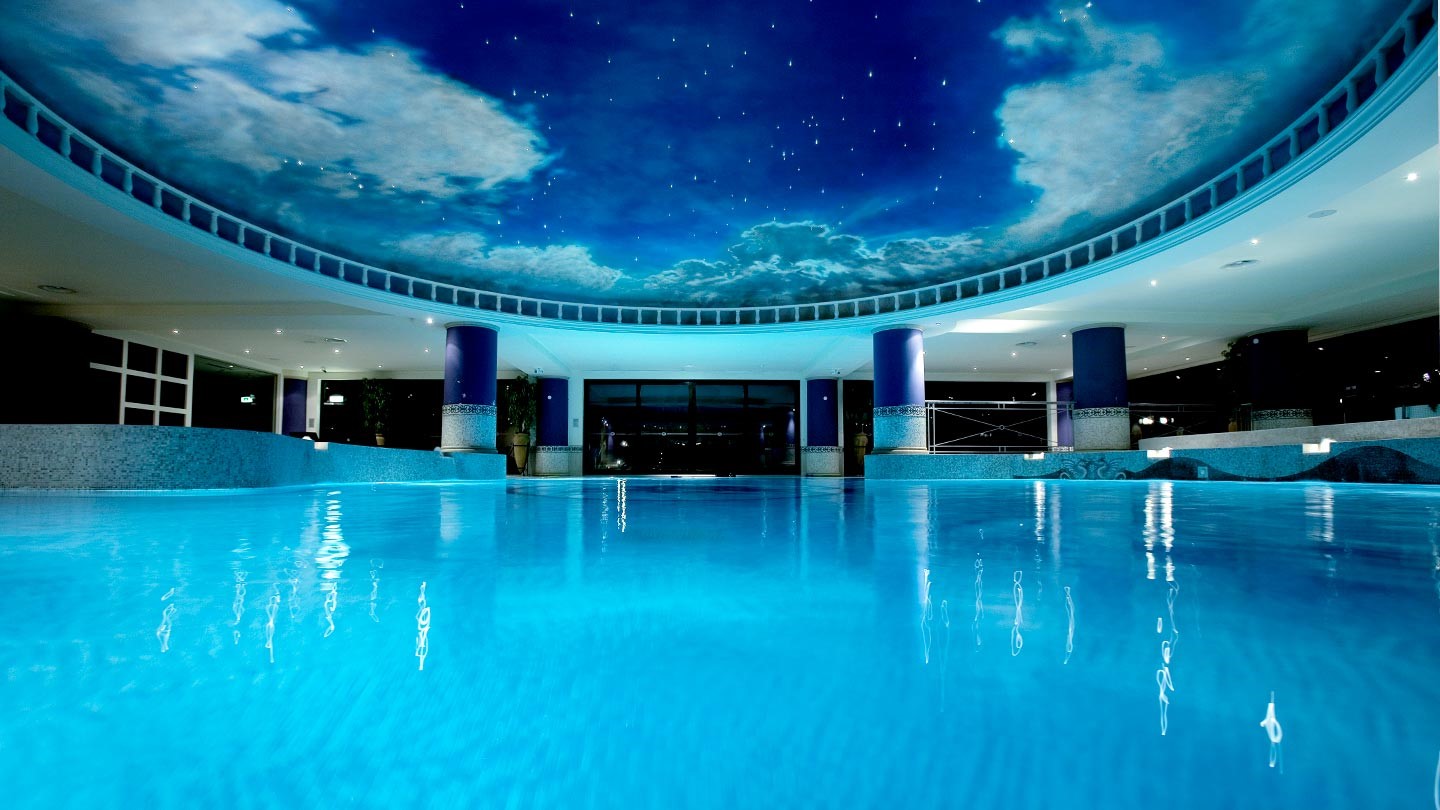 The Celtic Manor Resort is enormous and has an impressive repertoire of facilities. These include two spas, two health clubs, two main hotels, three world class golf courses, a shopping…