“Silence is not a deprivation, an empty void. The more space we make for stillness and silence, the more we have to give both to ourselves and to others" - Thich Nhat Hanh

What is a silent retreat?

While you may like the idea of escaping the hubbub of modern life and having the space to think, there is far more to a silent retreat than relaxation. It’s not for everyone.

A silent retreat removes all the everyday distractions to allow you to be with yourself, which sounds woolly but can be very intense. Looking inward means you can’t avoid the emotions, memories and thoughts that you normally avoid. Even introverts who like their own company can find it hard adjusting to the first few days of solitude. Most websites advise that people who have experienced a recent trauma or mental illness should not do a silent retreat. 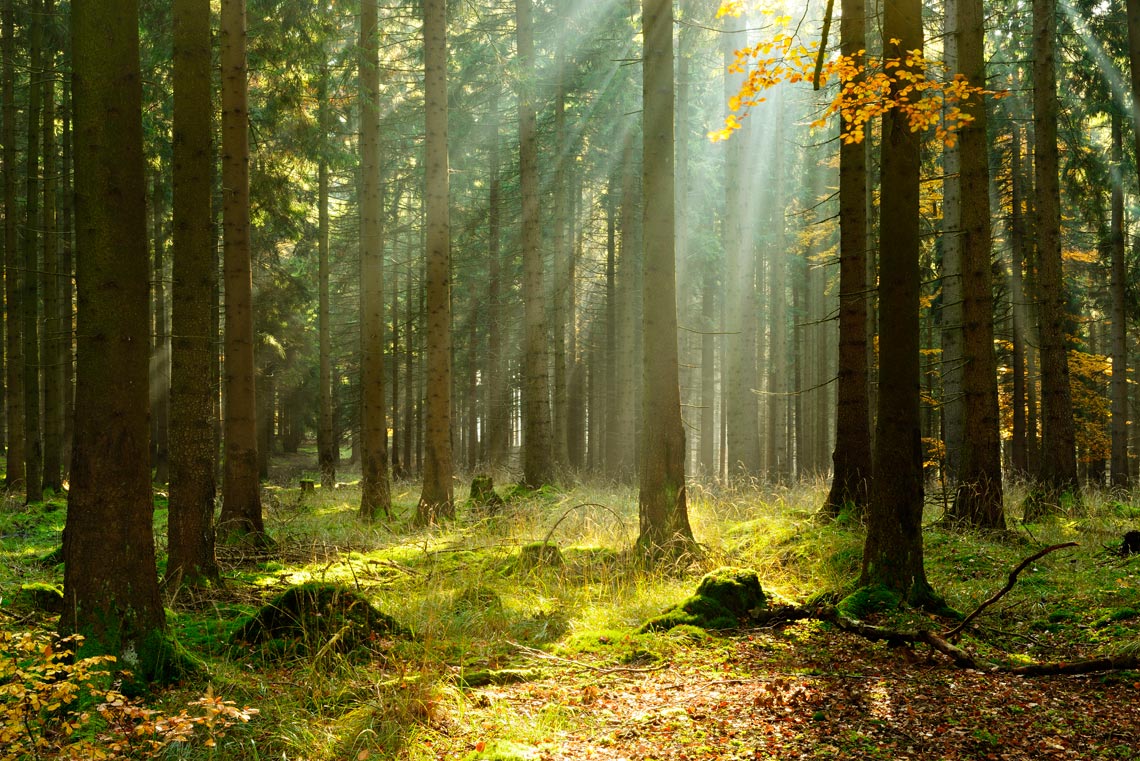 Although solitary silence has been practised by most religions throughout history, the modern silent retreat – especially in America and here in the UK – has its roots in the Vipassana Movement (aka the Insight Meditation Movement) which originated in the 1950s in Burma and spread through American Buddhist teachers. Vipassana is also the basis of modern mindfulness and forest bathing, both elements of a silent retreat.

If you are new to silent retreats, you may at first notice the ceaseless chatter of your ‘monkey mind’, the Buddhist expression to describe our restless thoughts. Once you have moved through all the noise in your head, and the feelings you may have been trying hard to bury, you will (hopefully) reach a state of peace and enlightenment. Then you can truly relax and enjoy your surroundings.

What will happen on a silent retreat?

Most silent retreats are around seven or 10 days, some extend to 60 (Sapiens author Yuval Harari does one a year), but you could start with a three-day retreat. They will be in beautiful settings, from the bucolic English countryside to the mountains of Nepal, from forests in Toronto to lakes in Peru.

The initial stages will trigger most of us. On arrival, you will most likely have to hand over your technology – it really doesn’t count if you spend your time plugged into podcasts, messaging your mates or shopping online. Next you will meet your group – did I mention most retreats are with groups? Of around 10 or more total strangers? What do you mean you have social anxiety?

Don’t worry, after the initial hellos, you won’t even be allowed to make eye-contact with your fellow retreaters, although you will have to share a bedroom, your meditation sessions and a dining table (rustic rather than polished mahogany, of course). On the plus side, there is apparently such a thing as a ‘Vipassana Romance’ where you fall in love with another retreater. 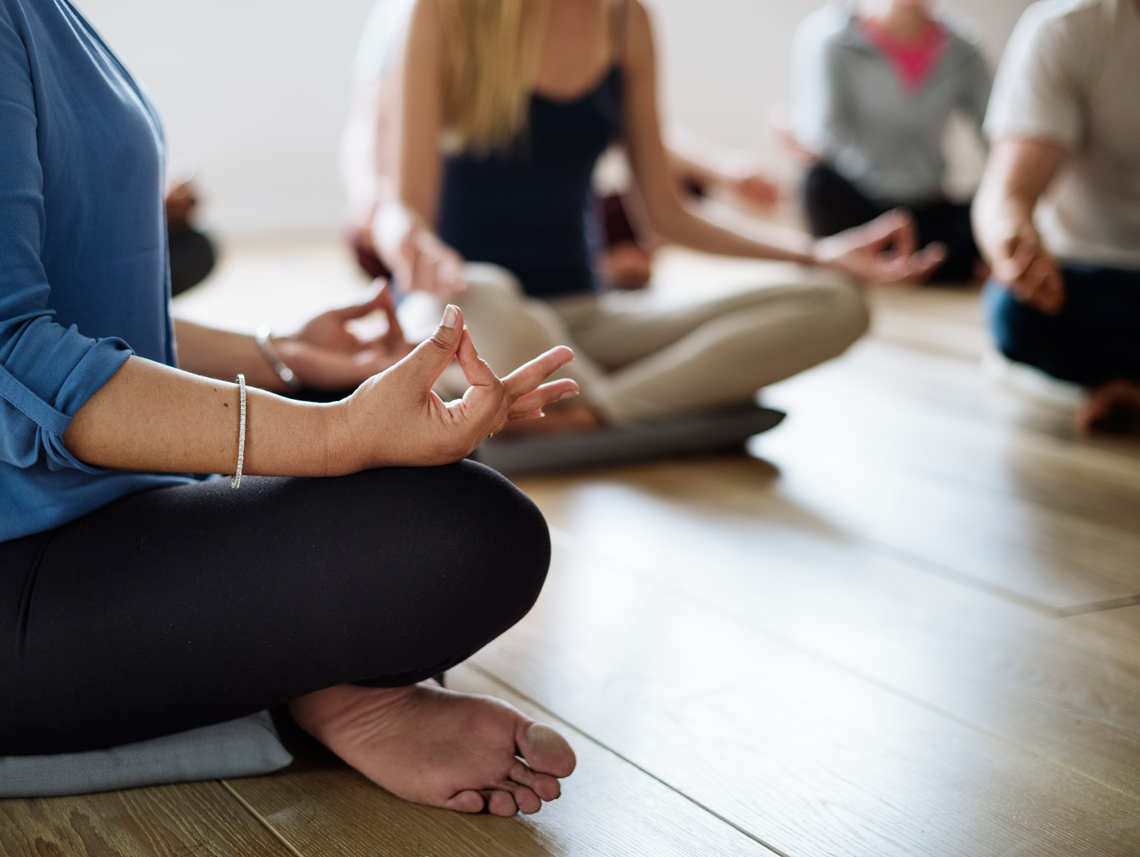 An example of a timetable would include vegan meals, various Buddhist meditation practises (Vipassana, which translates as ‘seeing deeply and clearly’), and talks (the course leaders can talk of course, you can’t), yoga and walking in nature. Some, such as Gaia House and The Sharpham Trust in Devon, also encourage groups to cook and work in the gardens, thereby developing a sense of community and belonging. On some retreats, reading is permissible, so long as the material is relevant to the retreat – ie: no escapist beach reads.

The Mindfulness Practice will help you deal with those bothersome ‘monkey brain’ thoughts – which are usually about the past or the future – and help you to focus on the present moment. They also focus on self-compassion, which generally makes you a nicer person to be with, for yourself and others.

How will I feel?

Think of a silent retreat as an internal journey that is not always easy but will enable you to find an inner peace and clarity that will be deeper and more enriching, with long term effects on your way of being in the world.

Most of us are avoiding something, so you may be surprised at what emerges. It may also make sense of why you are in a situation that is making you more stressed and give you time to think of alternative ways of being. You will also learn to tolerate and process your most uncomfortable feelings, as well as discover your resilience and positive qualities.

It can take quite a while for these thoughts to slow down and for your self-compassion to emerge. On a silent retreat, you can’t distract yourself with Netflix or Candy Flush. This is the ultimate digital detox and you leave social media at the door. Instead you will sit with your own inner-chatter and the feelings that arise. It’s not always pleasant, but this observation of the mechanics of your inner life, what goes on ‘behind-the-scenes of ‘you’ is a step towards enlightenment. Some people cry on silent retreats, others don’t. Interestingly very few people mention being bored. 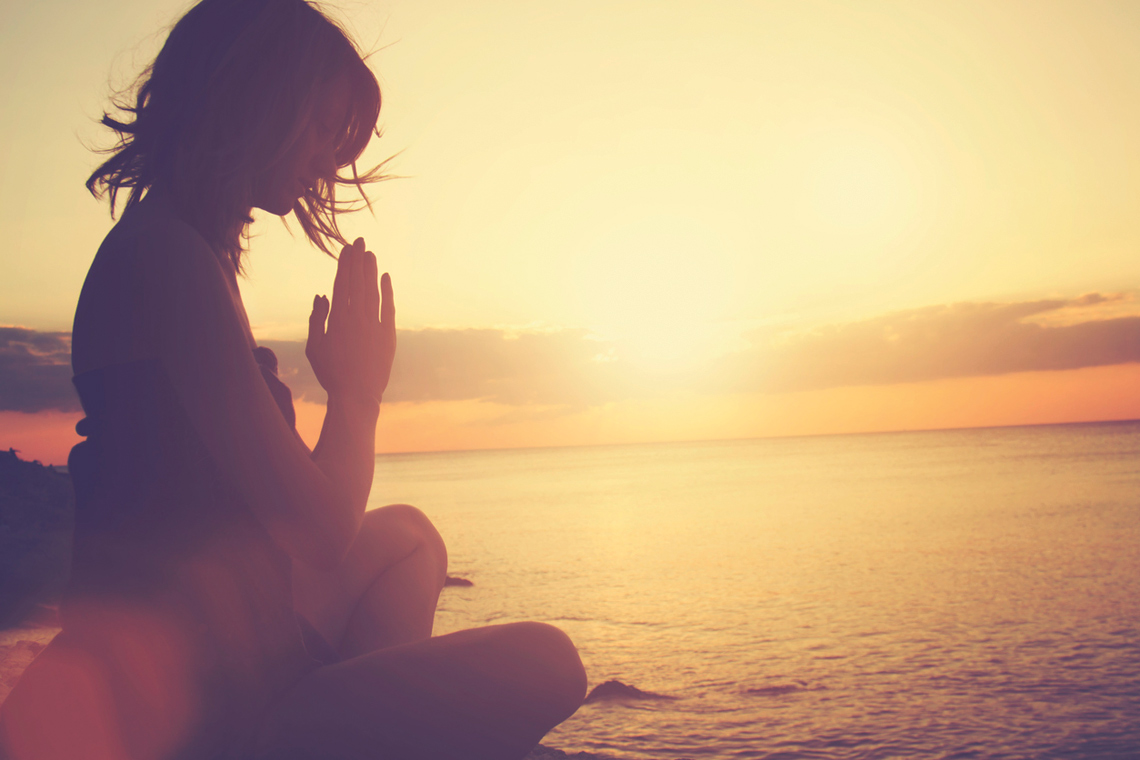 It’s not all suffering, you’ll be pleased to know. Guided meditation and yoga sessions will help you focus on the present moment and become more grounded. As Mindfulness teacher Jon Kabat-Zinn wrote: “If you want fear, get a future. If you want to be depressed, get a past.” You may also have a positive response to being in a nurturing group that could go so far as to restore your faith in humanity.

At a certain point (and everyone gets there at different times) you will reach a state of heightened awareness. You will then be able to relax in the silence, and really notice and appreciate your surroundings. There is no way to fast-track to this state of mindful nirvana – going through the uncomfortable stage is part of it, but the clarity that comes after is the holy grail and it can be a life-changing experience.

Who would enjoy a silent retreat?

Those suffering with burnout or stress.

Anyone who feels like they have lost sight of who they are and what they want from life.

Yoga and meditation teachers or fans who want to deepen their practice.

Supermodels and celebs – Gisele and Lupita Nyong’o have raved about silent retreats on Instagram – before their phones were removed, presumably. Oprah and Emma Watson are also fans.

Where can I have a silent retreat in the UK?

This sprawling country mansion in South Devon became a Buddhist meditation retreat in 1983. You can try a day, weekend retreat and week-long silent retreat run by Dharma teachers based on Vipassana, Loving Kindness (Metta) and Zen meditation. Many are recommended for beginners as well as more experienced practitioners.

The Barn Retreat at the Sharpham Trust in Devon

If you aren’t quite ready for a week of solid silence, try a part-silence retreat at The Barn in the peaceful River Dart valley. Live in a small community of ten people, prepare communal meals, work in the organic gardens and sit together for meditations three times daily. You can upgrade to a retreat with 'Extra Silence', or for the hardcore, solitary retreats in The Kuti, a Thai word for meditation hut.

Read our feature What is a Retreat for more ideas. 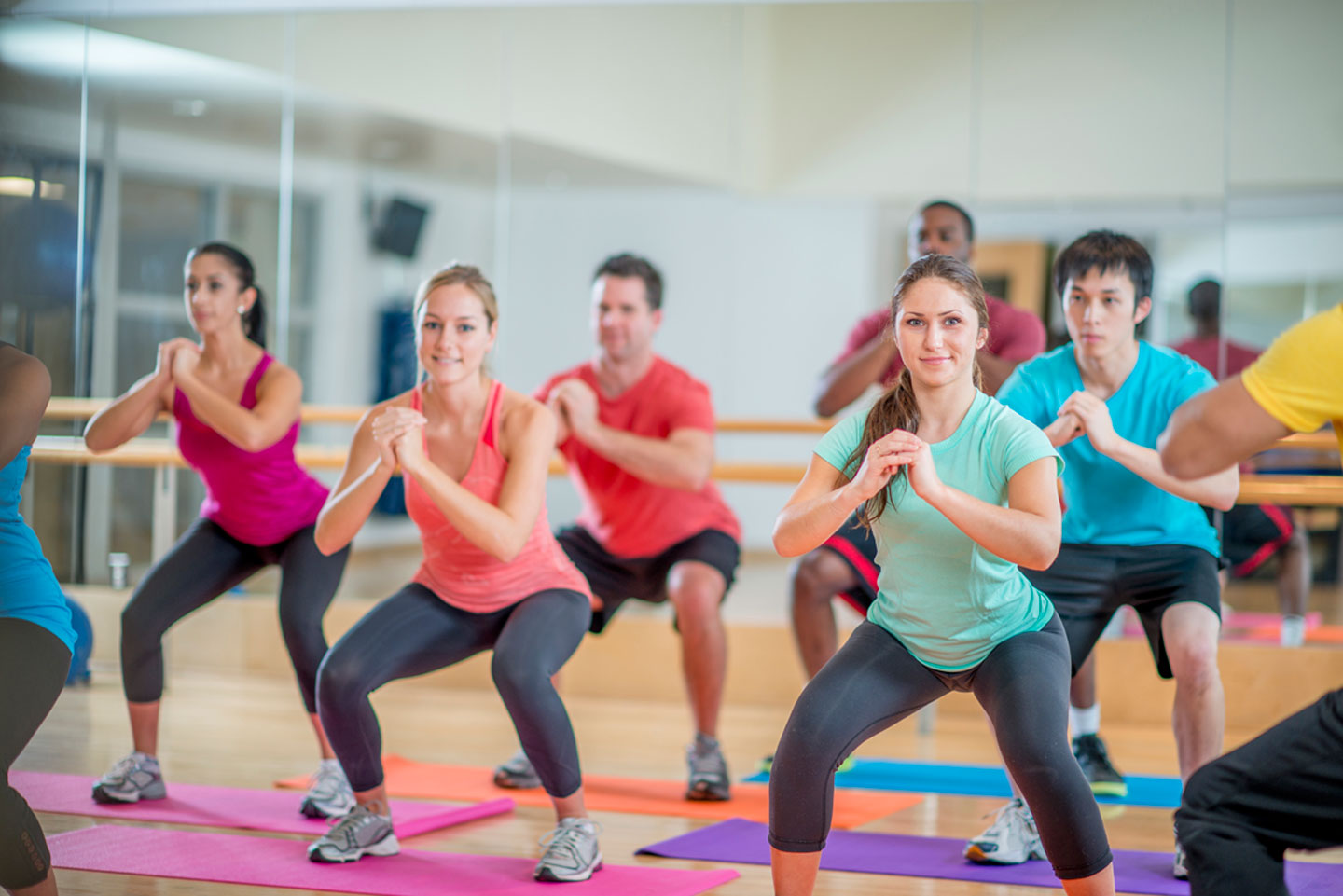 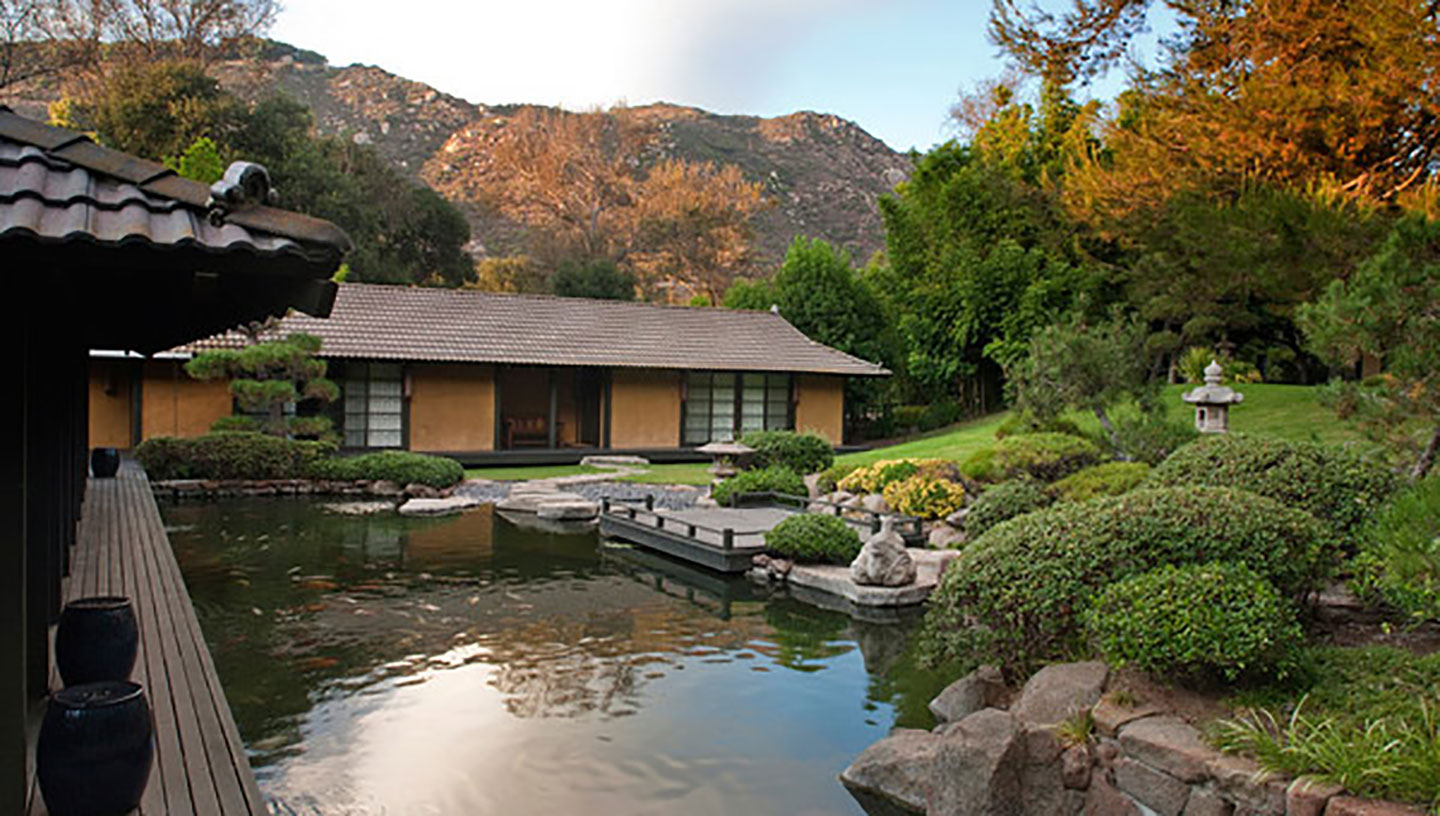