Ayurveda, the 5,000-year-old Indian art of healing, is becoming increasingly trendy, with celebs jetting off in droves to join ashrams and practise competitive asanas. The practise comes from Southern India, where it is passed on from generation to generation, hence the small number of genuine Ayurveda practitioners outside the region.

However, the Shangri-La resort on the island of Villingilli in the Maldives, has lured Ayurveda consultant Vimal Rajan Carmel away from Kerala to run a traditional Ayurveda programme at its spa.

When it launched in 2016, supermodel Elle MacPherson signed up for a ten-day Ayurveda programme here, bringing along her family who could enjoy the other pursuits on the island while she meditated on the beach. We jetted off to sample this slice of Ayurveda-luxe before every other yoga-ista got wind of it. 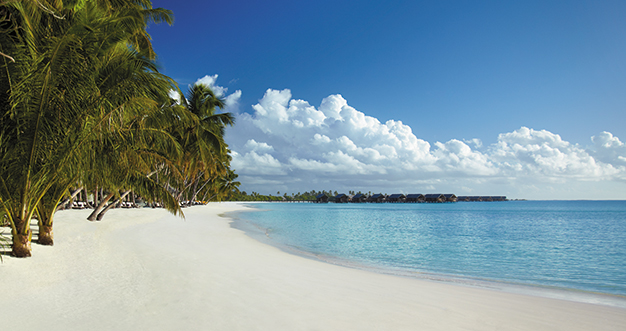 The Shangri-La resort on Villingilli in the Maldives is a ridiculously beautiful setting for meditation and rejuvenation. Think miles of white sand fringed with coconut palms, huge wooden water villas on stilts and a glittering sapphire lagoon. Giant fruit-bats dangle from banyan trees, while exotic fish and turtles nibble on the house reef.

On the southernmost tip of the Maldives, Villingilli is one the largest islands with a dense jungle area in the centre to explore, and an eco-centre which encourages coral planting and environmental projects.

The whole island could be seen as one giant spa. There’s an impressive beach-side infinity pool but, to continue the natural vibe, head to the beach and take a dip in the salt-water lagoon -- the water’s warm and the flitting fish make great companions. The grander villas also have pools with bubble-jets and even private treatment rooms. 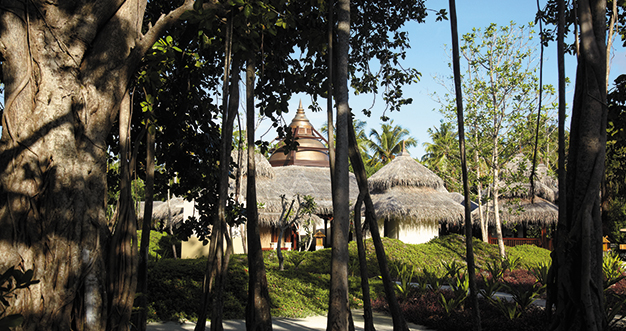 CHI, The Spa, is on the north side of the island and has 11 thatched treatment rooms (some with their own gardens and steam rooms), a dedicated Ayurveda treatment space, a yoga and meditation pavilion jutting over the sea, and a beachside hammam.

Spa reception is a large timber pavilion, dark and cooling after the brilliant Maldivian light. Seated enclaves are arranged around a trickling water feature; at the back is a reception desk and to one side a large boutique selling clothes and products by Kerstin Florian and the spa’s own Chi brand. 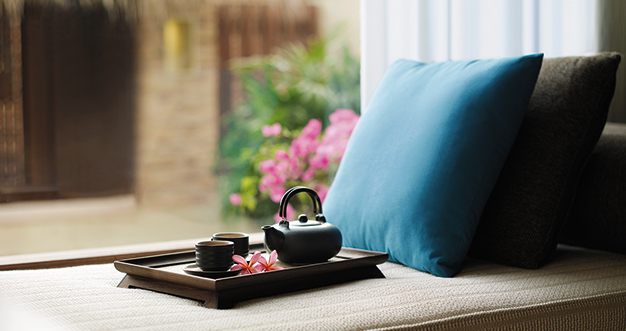 The Ayurvedic programme starts with a one-to-one consultation. I sat in a wooden gazebo in the spa garden, sipping addictively sweet ginger tea while filling out my Ayurveda consultation form, a multiple choice of personality and physical traits. You need to admit to your less attractive qualities, but there are nice bits in there too, and the personality round-ups are diplomatic complisults (compliments wrapped in insults): you are quick tempered and creative, intelligent and lazy, etc.

Vimal Rajan Carmel joined me and asked more in-depth questions to help pin down my dosha, or body type, simply put: Vata (slender and lively), Pitta (medium and passionate) or Kapha (earthy and curvy). I am, apparently, Pitta with a dash of Kapha.

After the consultation, Vimal then went away to prepare a bespoke programme, which was delivered to my villa later in the day. It detailed spa treatments, yoga and meditation sessions and times, plus any extras such as my daily mantra.

Every morning, Vimal said, I must stand before a mirror, close my eyes, hug myself and say 'I love you' three times. Self-love triggers my inner cynic, but Vimal convinced me of its psychological and physiological value. Besides, who would know except me and the fruit bats? 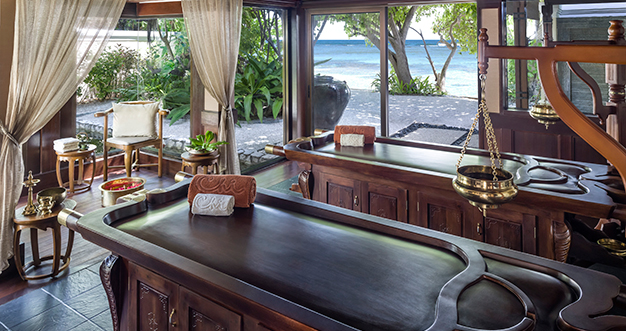 Tell us about the treatments

Daily Ayurvedic treatments are part of the programme, with oils and herbs from India mixed to enhance and balance your dosha. At the appointed hour, a golf buggy collected me from my water villa and we rumbled along white-sand jungle paths to the spa, then waited in the reception for my therapist to arrive.

Anitha, who has been an Ayurveda therapist for 11 years, led me to the Ayurveda treatment room, set behind a gate in its own walled garden. The hut was rectangular and overlooked a lily pond, with the treatment room at the furthest end looking out towards the empty white beach and wild azure sea.

On the wooden porch, we removed our shoes and slipped on a pair of woven Thai slippers. Inside, the bathroom and changing room were at the back, treatment room at the front, and shower and steam room in a courtyard in the centre. The spa robes were to-die-for: clotted cream-coloured, stretchy cashmere, a bit too cosy for the Maldivian heat, but perfect in the freshly cool air-conditioned rooms.

At the centre of the treatment room are two heavy, ornate Ayurveda beds imported from India and carved from healing Neem wood. I slipped off my robe and lay face up on one, adjusting to the feeling of hard wood instead of cushion. Because this wasn’t a normal massage bed with a head-hole, I had to turn my body to one side then the other for the back massage, rather than lay than face down. One position allowed me to gaze at the sea while Anitha vigorously rubbed me with a rich smelling, herby oil. Throughout the week, the oil recipe was adapted as I became more balanced. 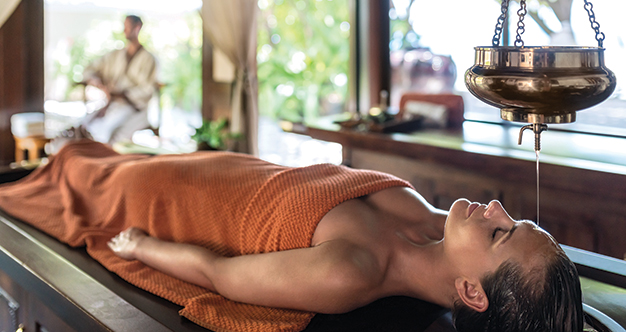 My stand-out treatment was Shirodhara, where a stream of warm oil is poured from a brass chalice onto a point on the forehead known as the third eye chakra. It had an extraordinary effect, sending me into an utterly relaxed, pleasantly trippy dream state. Anitha explained that the pouring oil switches off your nervous system, hence the lack of whirly thoughts that usually attach to my constant low-level anxiety.

I was in a euphoric daze for hours afterwards and, instructed to do nothing for the rest of the day, dozed on the veranda of my villa, gazing at the perfect sea and sky, slipping in and out of sleep. Apparently, Shirodhara is great for jet lag and insomnia; that night, I slept so well, I nearly missed my scuba dive the next morning.

The only downside to the spa is a lack of post-treatment relaxation space. Yes, I know, I’m in the Maldives, so shuddup, but there’s nothing like a bumpy golf buggy back to one’s villa to shake your zen. 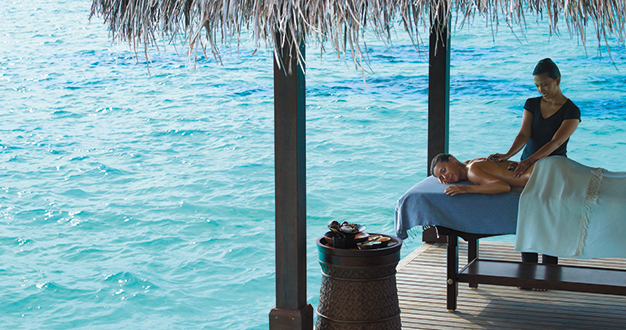 Your bespoke Ayurveda diet plan will be served at any of the resort’s three restaurants. You will be lowered in gently, as a full Ayurvedic diet can be quite harsh at first, but surprisingly delicious. If you like veggie curry, as we do, you’ll be happy. Some retreats are purely vegetarian, but here, we are allowed fish, which is a joy as it is freshly-caught and a speciality of the resort.

But here’s the rub: if you were at an ashram, at least everyone around you would be eating the same. Here, you sit amid people gorging on abundant buffets at Javvu, outstanding curries at Dr Ali’s or sampling the taster menu at stylish Fashala, never mind the fine wines and cocktails. We avoided temptation by gazing at the beach views… 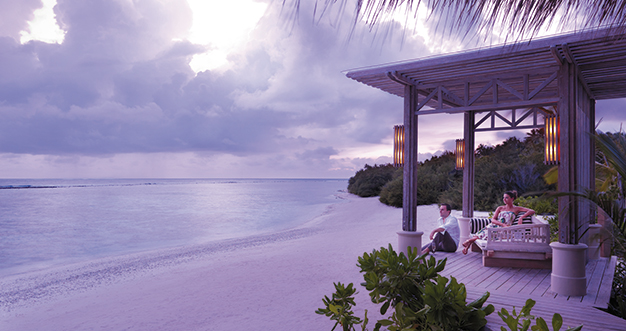 The sunset dolphin cruise: If you’re lucky, you will experience hundreds of spinner dolphins leaping alongside the prow and doing acrobatic turns.

Yoga on the beach: Yogasphere run classes at Villingilli daily, from small groups in the yoga pavilion, to sunrise yoga on the beach, or tailored one-to-one sessions. 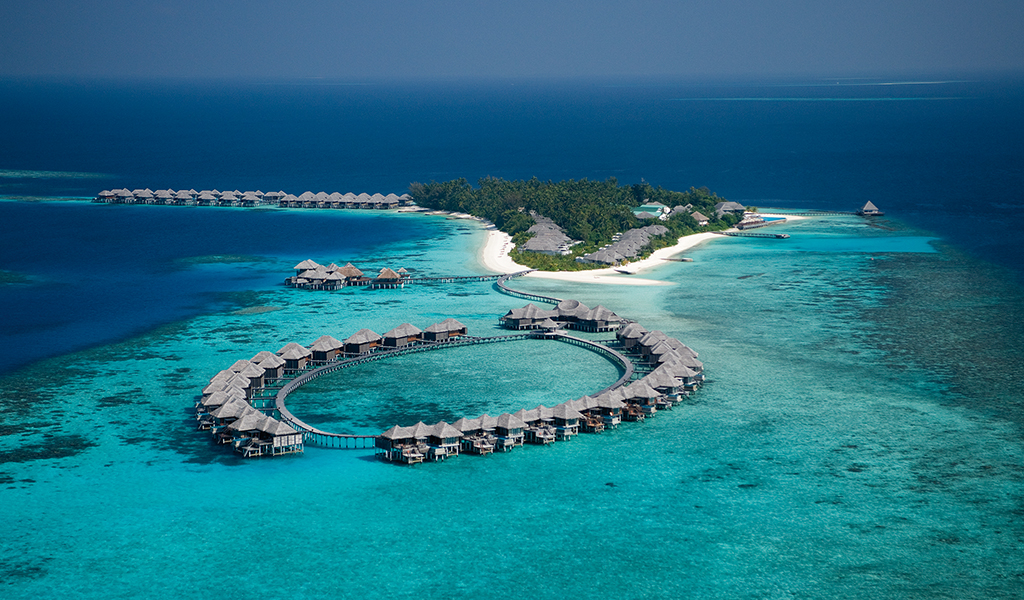 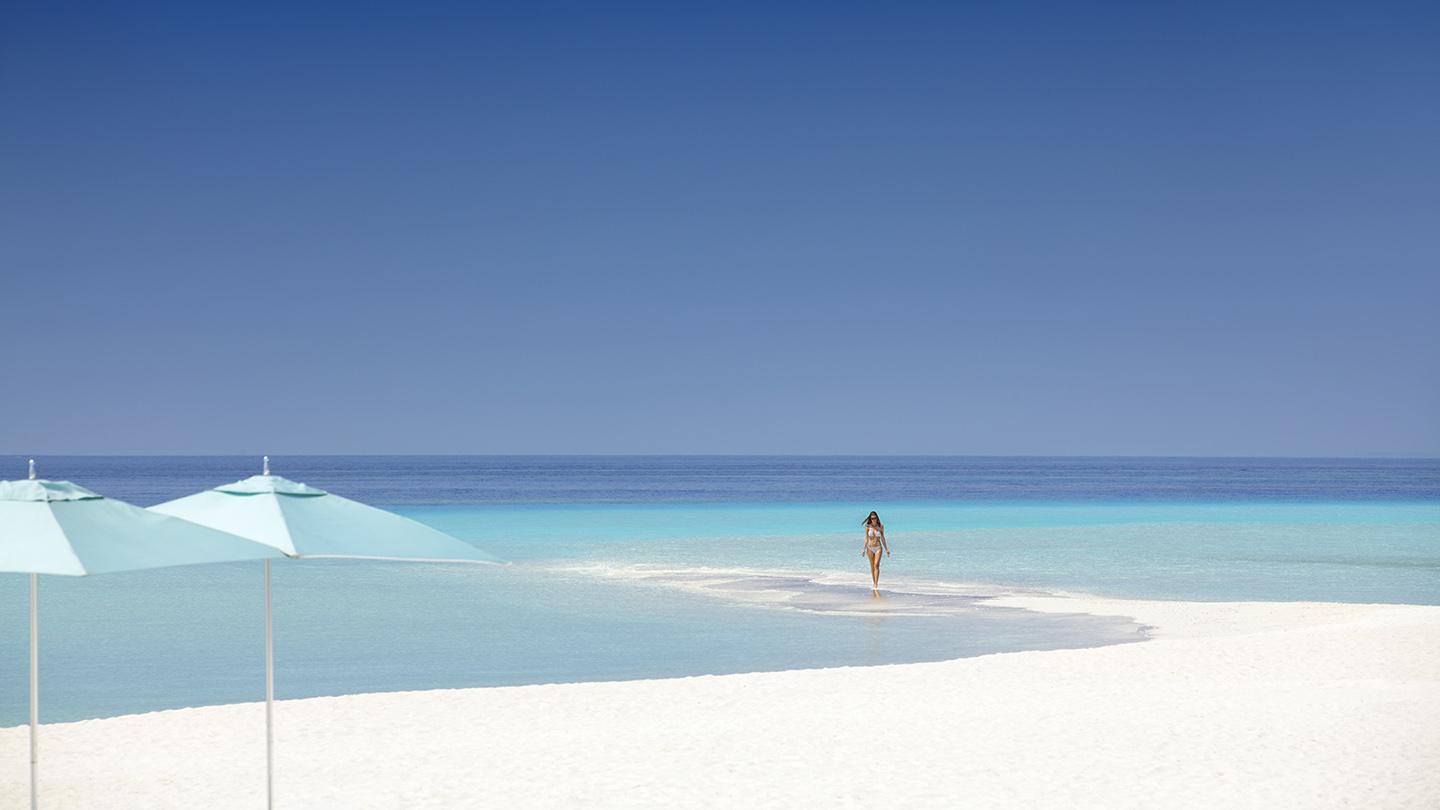