We sent tall and perhaps a little fidgety Cillian O’Connor to historic Ockenden Manor in West Sussex to see how well he got on at the bold and bright spa.

You can’t, the saying goes, teach an old dog new tricks.Yet how else does one explain the exceptional success of Ockenden Manor, a Grade II-listed Elizabethan house nestled within the rolling West Sussex countryside that - since opening its spa in 2012 - has become one of the south of England’s top de-stress destinations?

Make no mistake, Ockenden is old, having over the past 500 years served variously as a private house, a Jewish boys school and a refuge for Canadian troops during World War II. But alongside the storied heritage of the manor sits a welcome, and very stylish, slice of modernity: a fully outfitted standalone spa constructed within the estate’s 19th century walled garden.

It’s the perfect counterpoint to the hotel’s heritage feel, and - when I arrived at lunchtime on a Tuesday - bustling with both members and visitors making use of its extensive facilities including an in-and-outdoor pool, sauna, steam room, outdoor hot tub, gym and fitness studio and isopod floatation tank (more on that later). If Ockenden was once a place for soldiers to nurse injuries sustained on the battlefield, today you’re likely to find men and women escaping the ravages of the boardroom. And where better to do so? 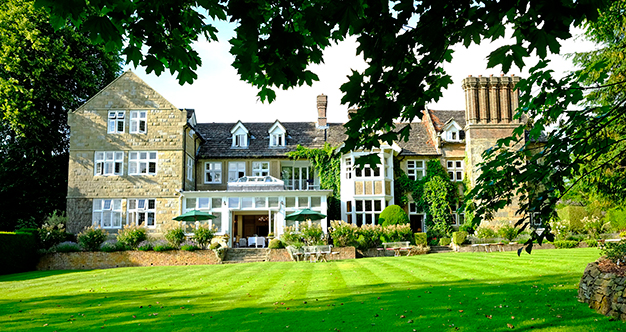 When I arrived, I was greeted by the spa manager who showed me to Linus; not the son of Apollo but my room, one of several Junior Spa Suites (from £299 per night) perched on the first floor of the building. It was big, airy and offered easy access to the communal roof terrace with views over the sprawling nine acres of parklands and gardens on which Ockenden is built.

After a quick tour of the room, it was time for my first treatment. Full disclosure: I’ve had the odd massage here and there, but the concept of a full spa day spent being slathered with unguents and lounging in various bodies of water was quite new but, to be perfectly honest, very exciting.

First up: the Five Elemental Aroma Massage (55 minutes, £92). Normally I consider any sort of massage other than deep tissue a bit of a waste of time; sure it’s nice to be rubbed with some oils that smell nice, but if I don’t leave the plinth feeling at least a little, and I mean this in the best possible way, like I’ve fallen down a flight of stairs, then I know I haven’t quite shaken off the Quasimodo-ness caused by hunching over a laptop for 12 hours a day.

This massage, however, was dangerously good; I say dangerously because it’s a combination of herbal steam towels, heated stones and skillful massage that could bankrupt you fast if you developed the taste for it. Using Elemental Herbology oils (an ‘uplifting’ combination of citrus and woody notes in my case), my therapist did a consummate job of both keeping me informed and at ease throughout, and while I didn’t leave feeling completely knot-free (not, admittedly, that this is the advertised purpose of the treatment) I was unspeakably relaxed - literally; my masseuse was left with little option but to politely remind me that our time had come to an end when, at first, I responded with a soft snore and a mutter. 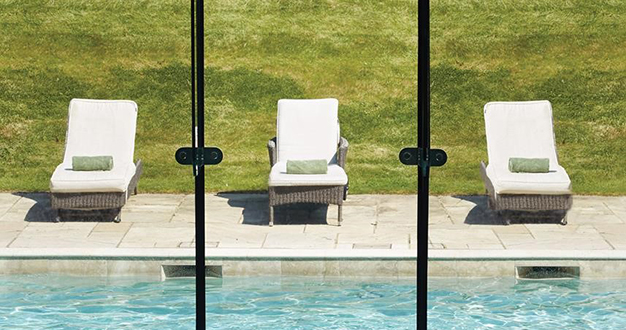 Next, I took a dip in the pool: 16-metres in length indoors, extending through a swim-through into a smaller outdoor heated pool. I then checked out the rest of the facilities (well, if one must) including a wooden sauna heated to 70 degrees (generously sized; perfect temperature), a eucalyptus steam room (ditto) and a walk-through ‘rainforest’ shower that was a little gimmicky for my taste.

My personal highlight, however, was the hot tub built into the decked terrace just outside of the spa’s mezzanine relaxation area. Lie back here and you’ll enjoy an Insta-worthy view made up of the spa’s contemporary exterior, rolling clouds and the verdant canopy of a nearby tree - exactly the sort of juxtaposition of old and new that makes Ockenden so attractive.

Later in the day, after an hour or so lazing on one of the many sun loungers by the outdoor pool, it was time for me to lounge somewhere else (tough job, right?): Ockenden’s isopod floatation tank (60 minutes, £49), a sort of large bath with a hood, filled with body temperature salt water that promises optimal relaxation for both mind and muscles.

As someone who can barely stomach the idea of a regular bath (being too tall, fidgety and generally impatient), I wasn’t exactly thrilled about the prospect of spending an hour lying in an almost totally concealed pod with only my own thoughts (and some piped-in mood music) for company. But, after a very thorough explanation from one of the spa’s ever helpful attendants, I took the plunge.

Aside from banging my head on the side of the pod’s interior a couple of times while my body bobbed into a static position, and getting some of the salt water in my eyes, I eventually slipped into a peaceful slumber. Would I do it again? Probably not. But I can see the appeal for avid exercisers, insomniacs and new parents. 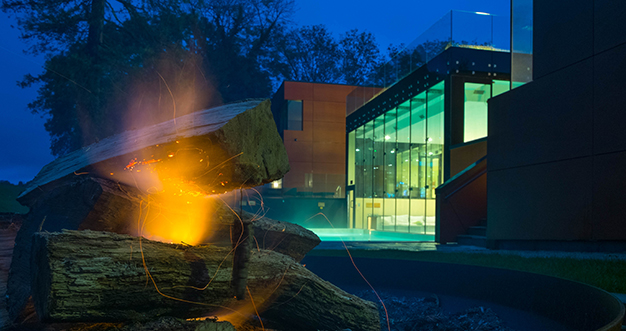 Finally, and to my all-time favourite topic of conversation: food. A hotel first, Ockenden doesn’t much go in for the restrictive diets you might find enforced at more rigorous health retreats. Which, let’s be honest, is music to my ears.

The kitchen is helmed by award-winning head chef Stephen Crane, and the food he and his team plate up is perhaps best described as quintessentially European, with the odd welcome twist. For dinner, I hoovered up hand-dived scallops served with crispy chicken, caramelised ceps and a shallot crumb; a Middle Eastern-inspired main of lamb; and a moreish dessert of gooseberry Bakewell placed neatly alongside some deliciously tart crème fraîche ice-cream. Service throughout was efficient, although the waiter did forget my order of black pudding at breakfast the following morning. (Not that - after a plate of mixed grill meats, several helpings of fresh fruit and three pastries - I really needed it, mind.)

Ockenden offers a whole host of activities beyond spa-ing, too. I stayed during English Wine Week, which was to be each day marked with a pre-dinner tasting in partnership with a nearby vineyard (Ridgeview’s deliciously refreshing English sparkling wine in my case). You can also go Nordic walking in the nearby South Downs, or take a car just 10 minutes up the road to the breathtaking Nymans Gardens in nearby Handcross.

All in all, Ockenden Manor is a stunning refuge just a stone’s throw from London. A smart and, for the most part, stylish fusion of old and new that’s a shoo-in for men looking for somewhere to both unwind and indulge – and perhaps learn some new tricks. 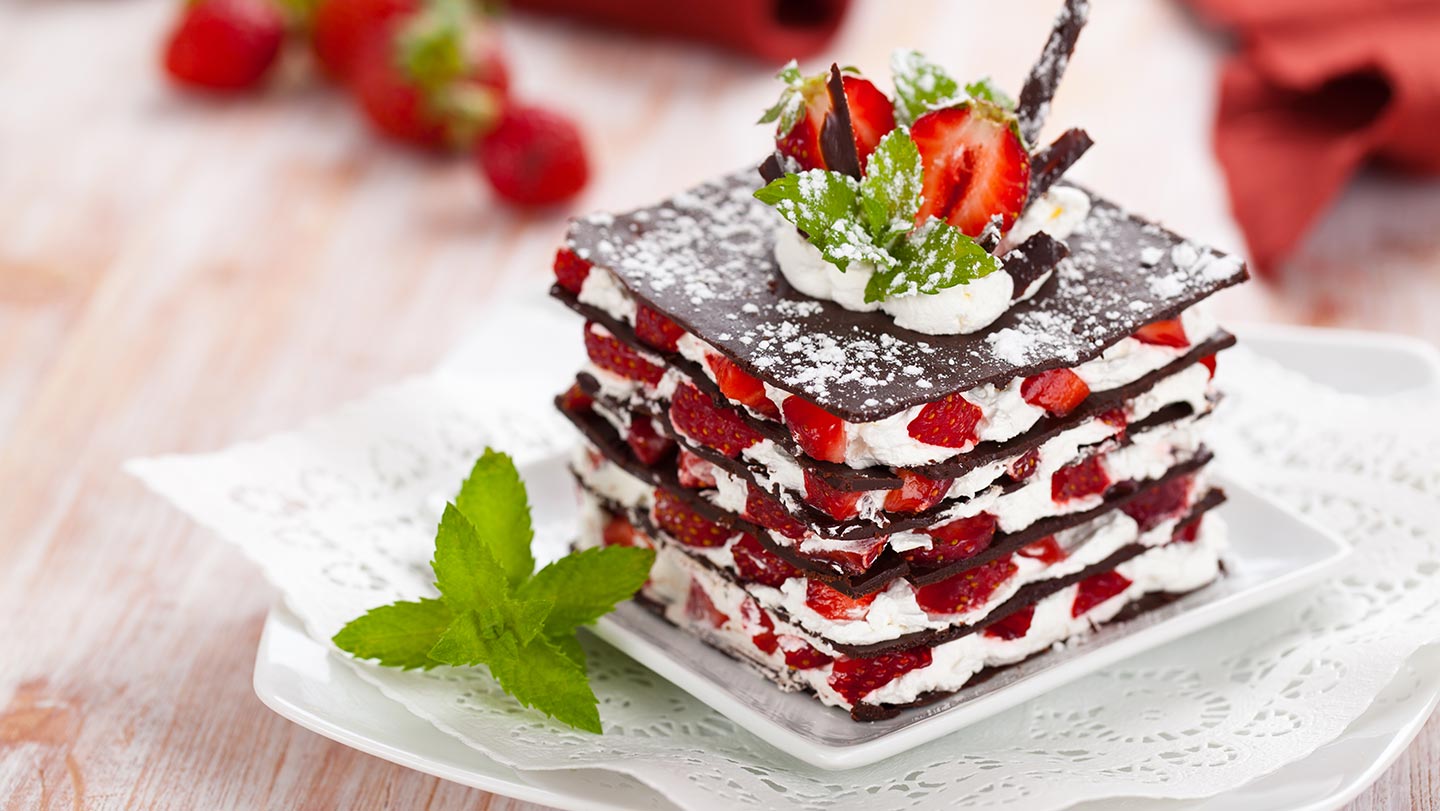 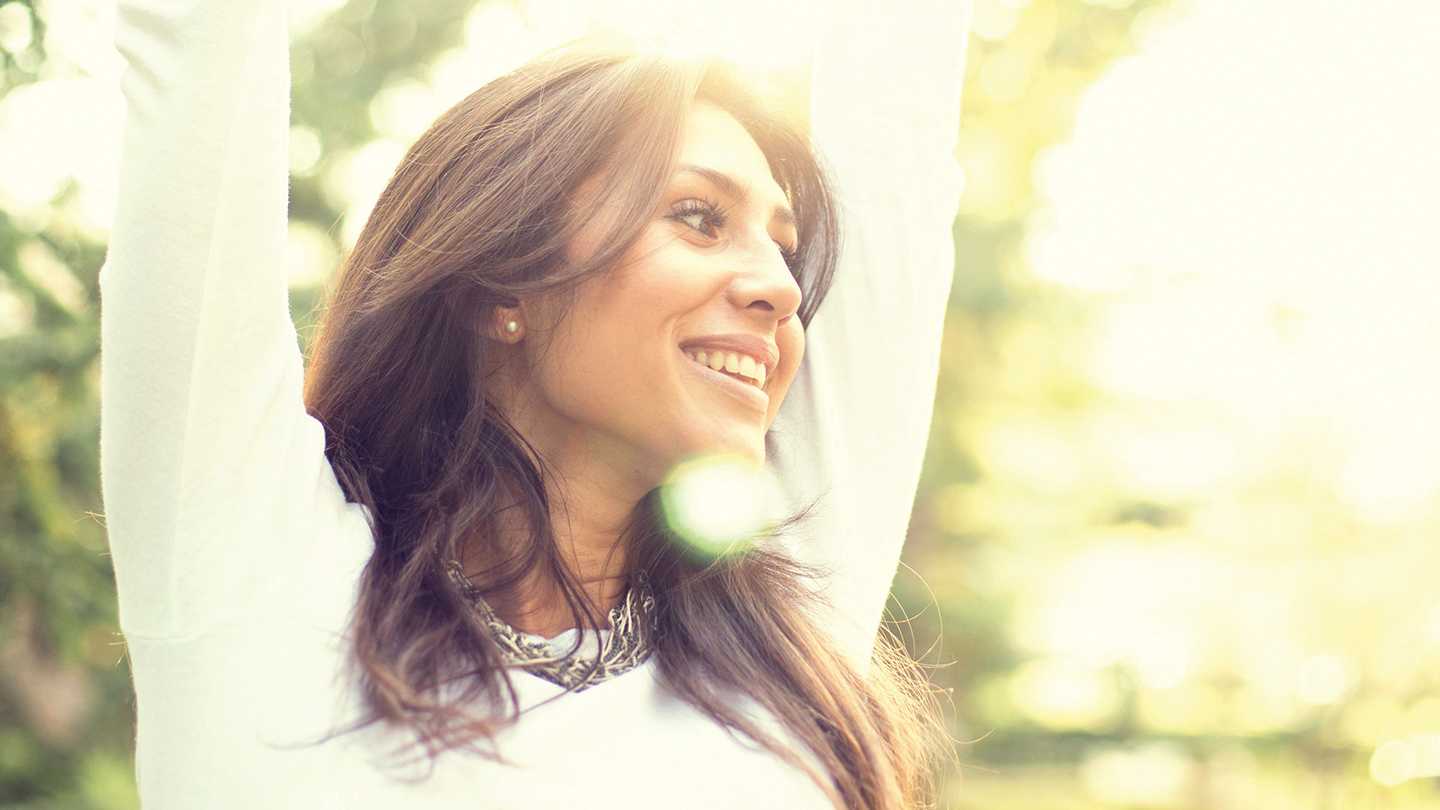