People tend to do something extreme when they hit 50 – running marathons, jumping out of aeroplanes, taking up a new instrument or learning a new language. There’s something about making the most of your body and brain before things start falling off or disappearing in fog, perhaps a yearning to capture childlike joy... or just plain and simple denial.

After years of forcing my kids to learn things they had no interest in, I decided it was my turn to try something new and crazy, to have my own wild adventures without having to chase anyone around with sunscreen and wet wipes. It was time to revisit my own childhood dream.

During a visit to Lucknam Park, after a morning of spa-ing, I decided to pop over to the stables for a spot of equine therapy (they do Spa and Saddle Days). The stables at Lucknam are rather magical, and stroking a couple of soft, velvety noses the seed was planted. A few days after my 50th birthday party, I booked my first lesson at Limes Equestrian Centre in Suffolk.

I was amazed the riding school didn’t laugh in my face when I told them my age and experience – namely a couple of pony riding treks in Wales aged seven, when I discovered I was highly allergic to horses. Now, thanks to over-the-counter anti histamine, I feel armed and ready to get back in the saddle.

My main concerns were around being fit enough to bounce around on a horse without damaging any vital parts and limping my way into old age – too many friends have ruined knees doing marathons. But I love the idea of cantering through the woods atop a beautiful animal, looking rather chic, à la Rachel Weisz in The Favourite (minus the poisoning and so forth).

It was a bit disconcerting turning up for lesson one at the end of Pony Club, the other parents assuming I was there to collect a small child were rather surprised when I donned a hat. I felt I looked the part thanks to skinny jeans and hunter wellies, but just hoped they would leave before I heaved myself ungraciously into a saddle for the first time in 40-odd years.

For the first few lessons my incredibly patient instructor, Ian, held onto the reins while I tried to master the art of controlling a huge horse with a confusing combination of thighs, bum and reins. It didn’t hurt at all at first. Not until Ian let go, then suddenly I had to do some serious co-ordinated squeezing to prevent my feisty ex-racehorse re-living The Grand National across the hills and fences of Suffolk. The next day I could barely walk.

I know friends, seasoned equestrians, who have damaged their backs (and more, when thrown), so I asked Ian what I need to do to improve my body in order to be a stronger rider, without having to enter a gym (I have an aversion to indoor exercise). Ian tells me that his incredibly trim wife, who co-runs the centre with him, does planks every day in front of the telly. Perfect. Pilates is good, of course, as is anything that works the core. I have also discovered YouTube yoga for horse riders.

I expect, having been told by my friend, to have some impressively firm thighs before long. But the biggest change has been finding a space in my life for something exciting and fun that isn’t illegal, isn’t boring, feels so connecting in lots of ways – to nature, animals, the aforementioned thighs, but most of all to that younger part of myself who always wanted to ride a beautiful horse, and now finally can.

My intention for this month: To manage an elegant dismount (I fear my attempts so far have been amusing the stable hands).

My new favourite book: The Science of Storytelling by Will Storr. Neuroscience backed novel-writing  - another bucket list item.

It's the next big thing. The French have been raving...

The Chairman and the Needles

As a medical journalist, our CEO Spa Spy only trusts treatments when there is solid…

A cherry-tastic morning at the Good Spa Guide

This morning we received a package from the lovely people... 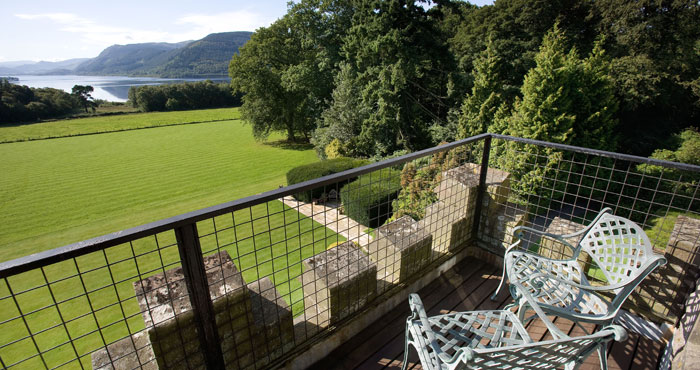