Spa Spy checks out the new Meditation Pod craze (yes there is one, honest...)

When trying to create some Easter-themed features around spas, we always come up with chocolate facials. What else is there? Rabbits, chickens, eggs…?

Eggs! I piped up in our latest editorial meeting. “What about floatation pods? They’re egg shaped.”

(Raised eyebrows around the table.)

“You go into your pod,” I continued undeterred, “and emerge sort of reborn…”

I warmed to my theme. I think Easter has been hijacked by the chocolate industry. It’s time we stripped it back to its original meaning, which is sacrifice really, but if we’re putting a positive spin on it, rebirth. (Wow, I could totally do Thought for Today).

A floatation pod is on my Spa Wish List – I’d love to try the Floatation Egg at Cocoon in Brighton or the isopod at Ockenden Manor. However, the hot spa trend is for the dry version: meditation pods. They look similar, but you don't get wet. You sit or lie in your egg-shaped pod with earphones on (unless yours is sealed, in which case the music emerges from speakers in the pod), listen to some trippy music and zone out as the inside of your pod throbs with subtle colours. 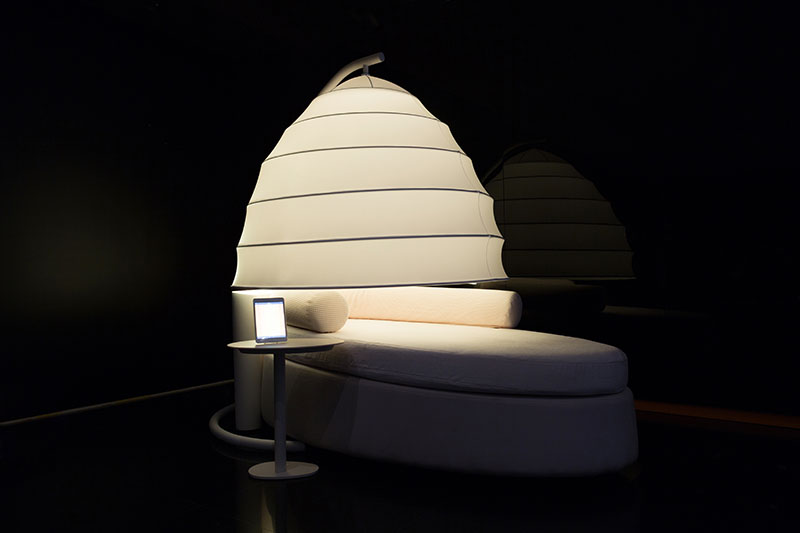 I recently had the luck to try a meditation cocoon at the Akasha Spa beneath the Café Royal in London’s Piccadilly. This particular pod - mycoocoon - was only on a residency apparently, so just to warn you it’s not there now. At the end of my particularly blissful spa day, the Akasha staff encouraged me to try it out: I’m so glad they did.

In a recent article in the Independent on Somapods (all the rage: Richard Branson loves them), the sub-heading is “those with claustrophobia should steer clear.” They are completely enclosed. mycoocoon on the other hand is more like a day bed with an egg-shaped lantern hanging over the top end. It doesn’t close: your feet stick out the end unless you want to curl up inside.

At Akasha, the mycoocoon was placed in a separate, private room in the spa on its own, so you didn’t have to think about other people sharing your space as you do in relaxation areas.

I was shown how to use it by the spa manager. The pod is connected to an iPad with a mycoocoon Colour institute app, which acts as a pre-meditation chromatherapy (colour therapy) consultation, developed by leading chromatherapist Pierre Van Obberghen. Basically, you click on the colour or picture that most appeals to you. This then leads you through further choices of pictures and colour combinations, and finally narrows it down to a selection of tailored meditations. Each has its own outcome title such as nurturing, energising, relaxing etc. 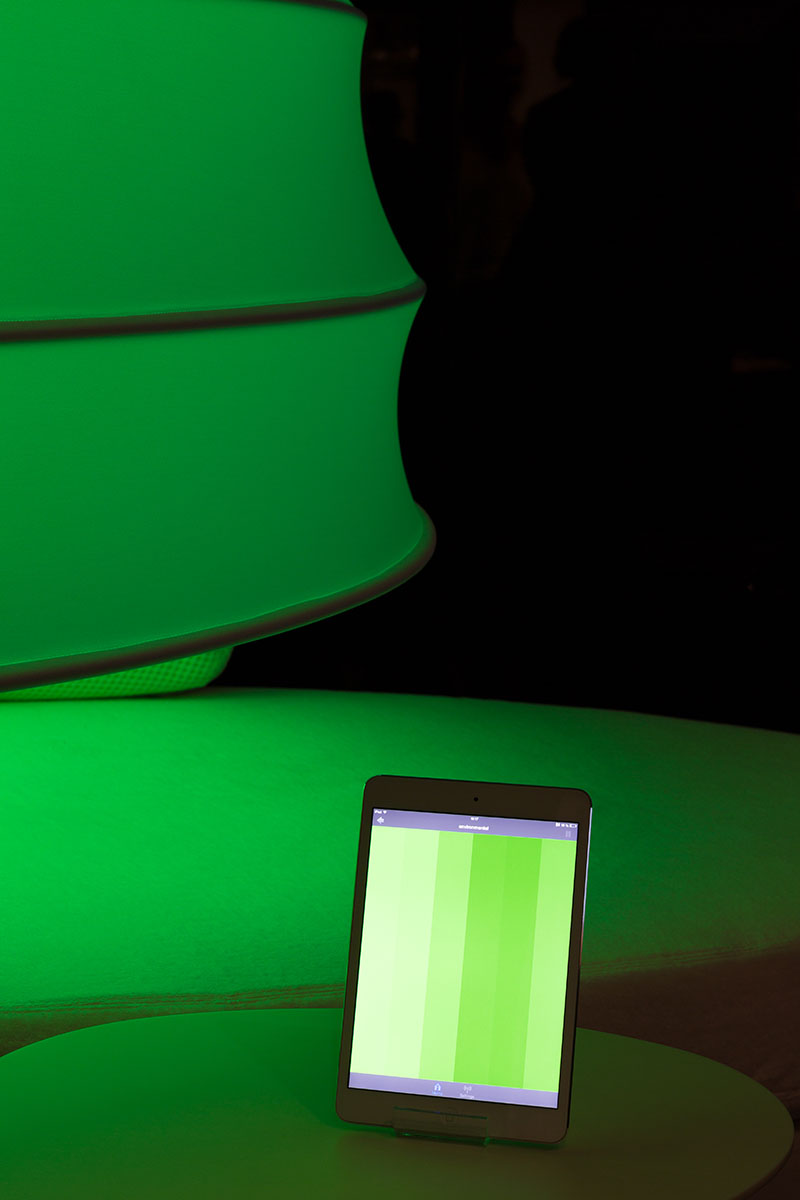 Click on the meditation you fancy, put on the cordless headphones and climb inside the egg, ideally with a cosy blanket. At the back are embedded lamps with lights which project the colours onto the inside of the pod.

I had gone for a 'nurturing' meditation via blue and orange, but the colours were gentle and lovely, rather like a sky about to snow, changing subtly to sun about to burn through mist. I don’t know whether it was the mesmerising music, the colours, my crazy brain, or all three, but I found myself going on a journey that was unexpectedly profound: emotional and thoughtful, but also strange and wonderful. All kinds of things went through my mind.

I found myself wondering if I could close my eyes or not, or whether that would mean I would miss out, but then I realised it didn’t matter what I did, because it was only me here and meditation is personal. As no one else was booked in after me, I tried another meditation to see if it was different. It was of course, but the effect was similarly thoughtful, peaceful and strangely fascinating. I absolutely loved it, and came out thinking: I want one. (Reborn, but still a materialist).

In fact, never mind a chocolate egg: get me a meditation egg for Easter instead. I’m sure they’re perfectly affordable…

PS: I've just found out they're a mere £19,000, although you can hire them if you're hosting a super-trendy Easter party.

The Good Spa Spies are experts in all things spa...

In our quest to bring you all that is unusual... 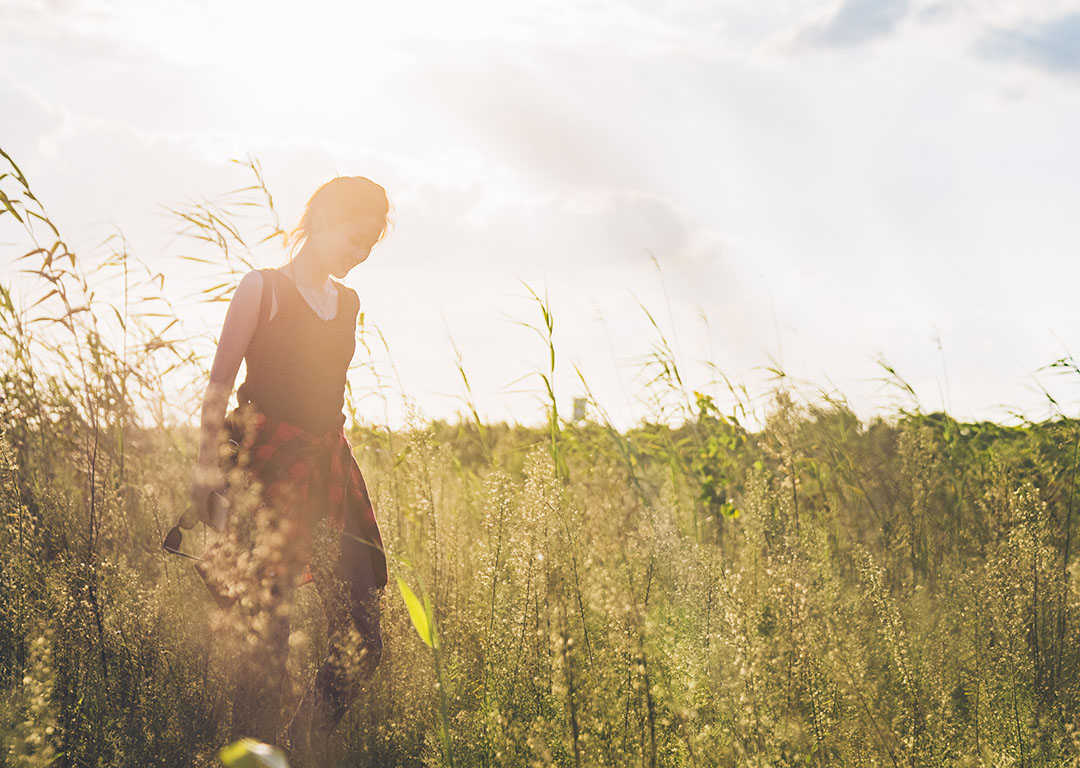 How to Walk Mindfully

Walking mindfully means walking without a goal other than noticing each step and breath.…

I'm pretty much on-record as a fan of Fairmont's... 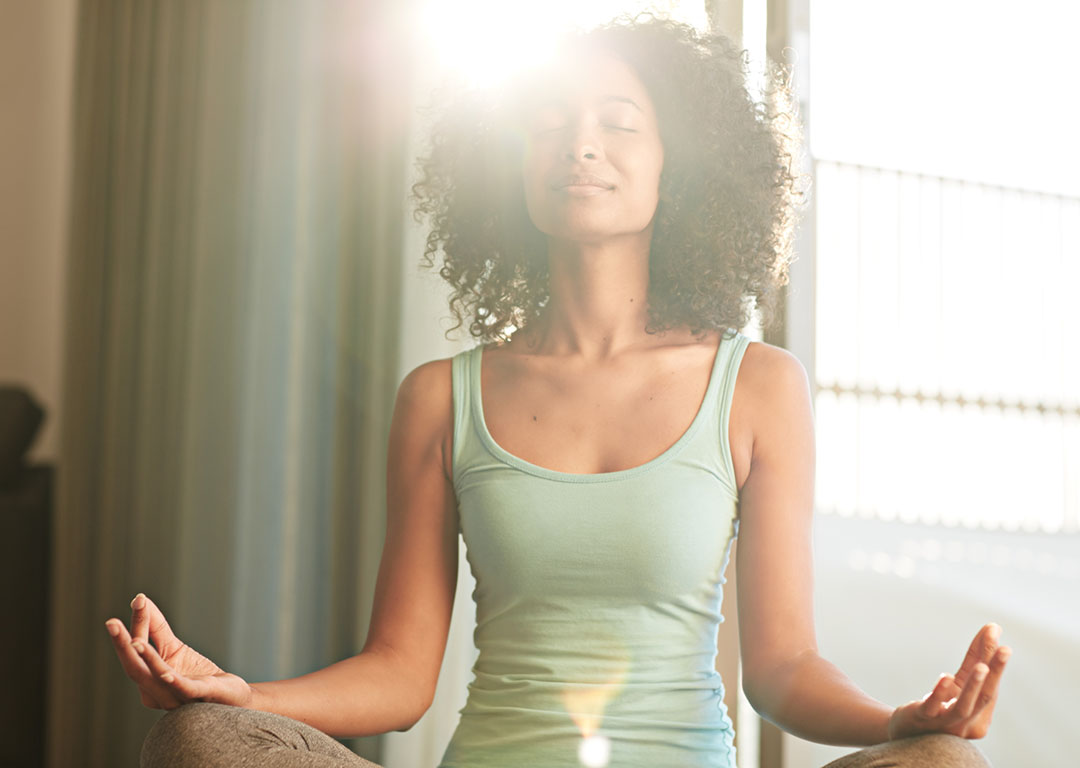