Around the middle weekend of February, you may notice a change in ambience of spas across the country and a higher than average influx of the lesser spotted blokes. With the rise in the metrosexual male grooming and the power of the pink pound, I always expect to see more men in spas. But despite a recent 11 per cent rise in men attending spas generally, they remain a rarity: slightly unsettling, often perfectly polite, but with a tendency to hog the Jacuzzi with a territorial stubbornness that makes me want to say, in a mumsy way, “If you stay in for more than 20 minutes you’ll be sick.”

I discussed this with Mr Spa Spy during a recent romantic escape to the gorgeous Spa at Bedford Lodge – bloke country surely with all that horse racing stuff going on in Newmarket. But no, it was mostly women, wandering or lounging around with a solitary, philosophical air. If men did rule spa world, perhaps there would be more gadgets to play with in the relaxation lounge.

Mr Spa Spy seemed to take it all in his stride, and looked rather dashing in his robe. Having been married to me for 17 years, he found the attentive servility of his therapist a bit alien but, all in all, he took to spa life like a cynical duck to water.

A pair of female friends arrived towards the end of our visit, a common enough activity for our fair sex. But Mr Spa Spy amused himself with the idea of himself and his friend Stuart having a manly Spa Day together. As soon as he said it, I laughed. 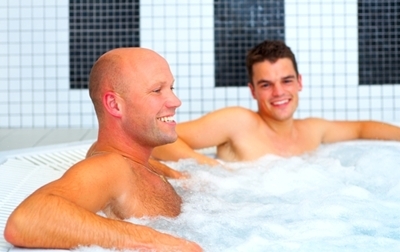 He and Stuart are the kind of beardy blokes you see in pubs, clutching pints of real ale and talking about football and Indie music. The idea of them in robes sipping detox juices, or soaking in the hot tub before skipping off for a facial was frankly absurd. And yet the Romans did exactly that as a matter of course. Bringing this up for discussion in the office, I discovered that Men Only spas are rarely a success.

It seems strange that in this modern, post-TOWIE metrosexual world, a man spa-ing solo remains a rarity. Men, when they do come, are usually escorted by their partners like obedient children. One of our Spa Spies recently saw the comedian Peter Kay in a spa on his own. He was singing loudly in the hot-tub, which the ladies loved because it was Peter Kay -- but seriously: what is it about men and Jacuzzi-hogging?

Is the absence of men in spas actually a female conspiracy, the reverse of Men Only clubhouses and football stadiums? Do we really want more men in our spas?

Mr Spa Spy and I both had fabulous massages during our day at Bedford Lodge, but afterwards he couldn’t move his neck for a week. I was surprised, this is a highly rated spa. When I returned to the office, three Spa Spies had similar experiences at other spas with their partners: one newly-married man had undergone an agonising massage-for-two clenching his teeth together to stop himself crying out in pain in front of his beloved.

We decided (based purely on our experience of course) that men are more likely to ask for hard pressure and less likely to say when it hurts. Something perhaps to discuss if you and your loved one are heading to a spa this Valentines…

“Darling, asking for medium-pressure doesn’t make you less of a man.”

NB: If you are a man and being taken to a spa for the first time by your beloved, here is some information you might find useful.

If you are taking your man to a spa, here is some wisdom from the horse's mouth, our male Spa Spy aka Mr Suave.

Do men and spas really mix?

At some stage in the twentieth century, men gave up... 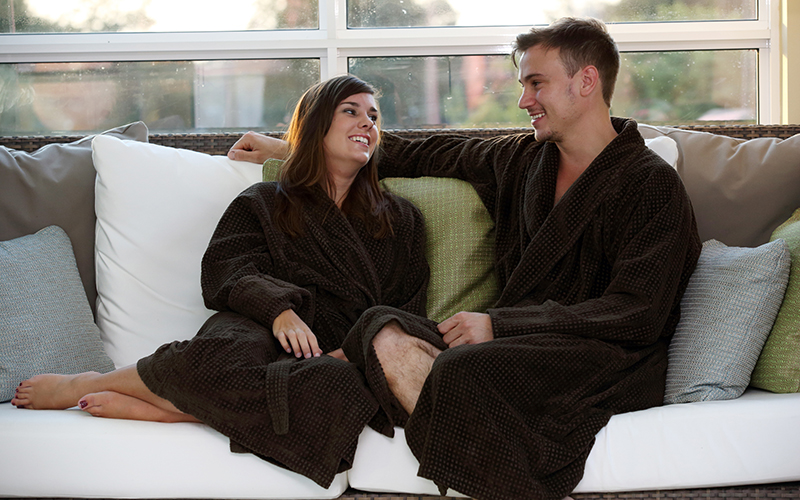 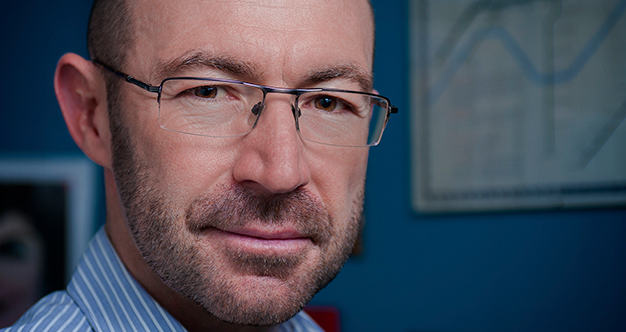 We're having a male takover!

Starry-eyed spa-ing: How to prepare for a romantic spa break

Many loved-up folks start to get palpitations when it comes... 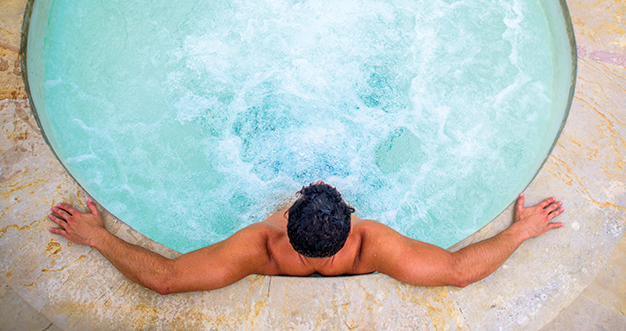