Champneys Henlow is set within a Georgian manor in Bedfordshire. The spa is surrounded by 150 acres of parkland next to a flowing river, running weir and romantic gardens – take the snowdrop walk and keep an eye out for deer, ducks and ducklings. Highlights include a huge range of fitness and wellness classes, the restaurant with its nutritious buffet and comfy outdoor terrace, a bright 25-metre main pool area, and delightful garden conservatory with board games and books.

The Covid-19 policy for Champneys Henlow can be viewed here. 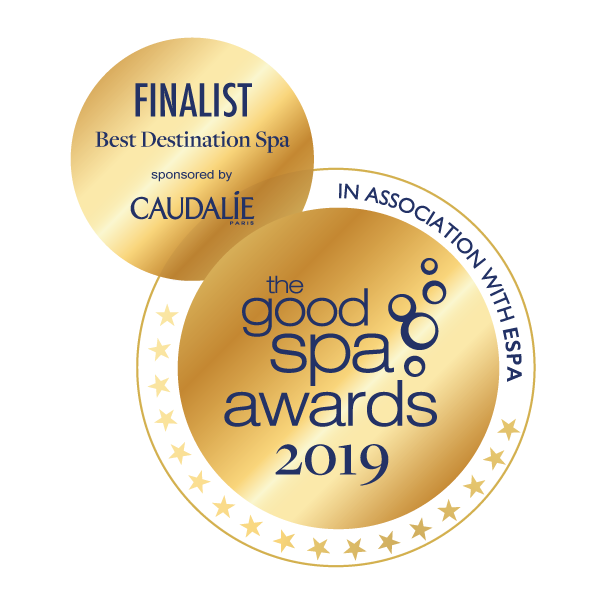 What others are saying

"Just been to Champneys Henlow from 20/22 October. I must say how greatly improved the whole experience has been, compared to previous visits. I usually go twice a year for the past 10 years and was seriously thinking of cancelling any further visits. I’d particularly like to recommend Kim for her Clarins massage, the best I’ve had in 10 years. The food was much improved, as was the checkout service, no queues or long delays. Overall the staff were friendly and very helpful, keep it up Henlow! "

"Down most of the hallways you can see they don't hoover around the edges, dead bugs, bees, spiders, woodlice, cockroaches and cobwebs all in the corners of the doors etc. It's really awful, if they know they have a bug problem then the staff need to keep on top of it and management should do spot checks on a regular basis. After breakfast we were met at our room by Matt who was very apologetic, empathetic and did everything he could to listen to our complaints and make it up to us. We tried to enjoy the rest of our visit until we had to meet up with Matt before leaving to sort out our bill etc. We both had full body exfoliating and wrap treatments, which were lovely and enjoyed the other spa facilities but the pool and whirlpool were colder compared to our last visit. Lunch was good and we did receive a lot of help from a lovely lady named Kelly, she went above and beyond and nothing was too much trouble. We also enjoyed shopping, we always buy things from the different shops and the staff were very patient and friendly. Sometimes you can overlook certain things and get on with it but there was so many issues and it was just one thing after another that we had to uphold our complaint during our visit. Champneys gave us a complimentary customised 25 mins massage each worth £98 to help us with our severe pain from sleeping on the bad mattress, which seriously worked a treat, we were also given a complimentary Champneys Gift box each worth £55 and £50 off our room bill for the massive inconvenience for all the room issues. We were also given free late room check out at 4pm instead of 11am which saved £25 and also extended our access to their facilities till 6pm instead of 4pm at no extra cost for the inconvenience of having wasted so many hours waiting around and losing out on classes and spending time using the facilities. I do feel Matt did an amazing job in trying to make up for our bad experience. David the night receptionist was great too at trying to help us and spent a lot of time on the phone with us and running around. Even though they made it up to us I think we will have to look for another spa in future which is more wheelchair friendly and definitely has high standards of comfort and cleanliness."

"Such a lovely trip here. Felt so relaxed after. Loved the pool therapy. Can’t wait to come back again!"

"Had the most wonderful Elemis facial at Champneys Henlow. Wonderful lunch too, only downside I badly bruised my leg getting in the jacuzzi as there is a steep drop into it. "

71 bedrooms ranging from standard and superior to suites.

Connect with this Spa