Having juggled kids, home-schooling and a full-time job over lockdown, I could really use some intense me-time. This is why I jumped at the chance to try the Floatation Pod Experience at Whatley Manor’s luxurious Aquarias Spa.

A flotation pod, or sensory deprivation tank as it’s known, is a dark, sound-proof tank designed for restricted environmental stimulation therapy (REST). The idea is, you enter the pod naked (or in your cozzie, if you prefer) and close the lid on the outside world.

No social media. No phone calls. No whinging kids. Just absolute silence and solitude for a whole heavenly hour. A chance to fall into an altered state of consciousness and take a peek into the innermost space of your mind – if you’re brave enough…

The first isolation tank was designed in the 1950s by American physician and neuroscientist, John C. Lily, who hoped to study the origins of consciousness by cutting off external stimuli. Sensory deprivation is said to let your brain enter a deeply relaxed, hypnagogic (dream-like) state, allowing you to fully tune into your inner self.

Beyond opening your mind, scientific studies have found some great health benefits. One study reported that ‘stress, depression, anxiety was significantly decreased - whereas optimism and sleep quality significantly increased.’

Another study found floating in a sensory deprivation tank led to increased originality, imagination and intuition - which can all lead to enhanced creativity. And because of the weightlessness, there is no pressure on the body which can help to provide relief from pain. 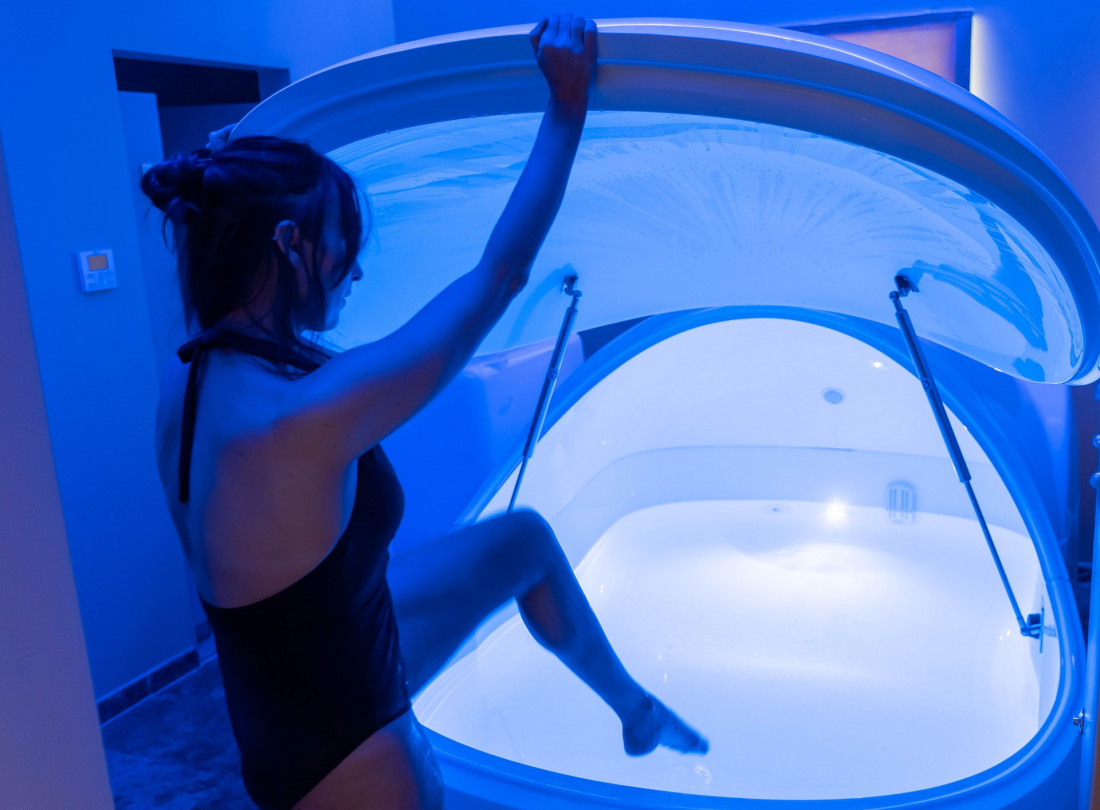 The egg-shaped Iso-Pod is housed in its own private room with a lockable door. It looks like a futuristic bath with an open lid, which you can lower for a more intense experience. The water within is illuminated with a blue glow and otherworldly music plays. It wouldn’t look out of place on an alien spacecraft.

Head Therapist, Grace, gave me the lowdown. The Pod is filled with over 500kg of magnesium-loaded Epsom salt, mixed with 1,000 litres of water at body temperature. She suggested I apply a balm to any cuts plus bright orange moldable ear plugs to protect from the salt. There’s also a halo-shaped float to rest the top of your head for extra neck support. The calming music will run for the first 15 minutes, then it would be silent, returning for the last 5 minutes to rouse me back to reality.

I was to climb carefully into the pod and lie with my head near the opening – which pleased the semi-claustrophobe in me. I could lower the lid when I felt ready and the lights could be turned off and on (as I wished) using the button on the left. The right button should only be pressed in emergencies and a member of staff would run from reception and rescue my naked floating self.

Note: you can get in and out of the pod whenever you like. You can even leave it semi-open with the lights on if you’re a bit nervous.

Grace left me to it and I climbed into the pod thinking ‘LEFT BUTTON. LEFT BUTTON.’

I lay back like a naked starfish in complete silence and darkness, held afloat in the water. Every now and again I would gently bump into the edge of the pod and float back to the middle.

At the start, my head was racing with responsibilities and ‘to do’ lists. It took me around 20 minutes to calm the chatter - a few breathing exercises helped. After that, I felt my muscles untighten as I sunk back into the weightlessness. Lily’s experiments later included the use of LSD: even without it people have described floatation as ‘trippy’. But I just found it incredibly calming, a way to let go of all my cares and worries and simply… float.

As the experience came to an end, I hazily climbed out of the pod and took a shower to remove all the salt. My hair welcomed extra conditioner. I donned my rob and floated off to the Tepidarium to extend my new-found calm. 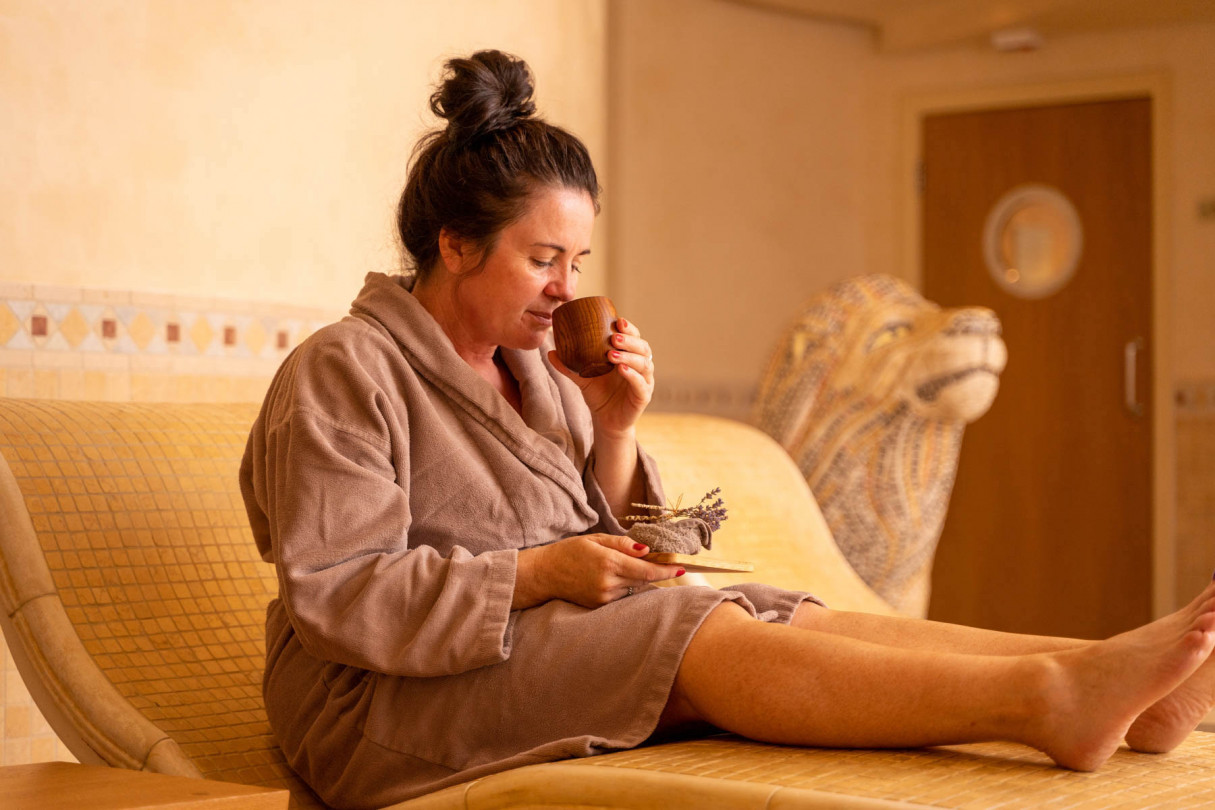 The Pod is a great spa option at the moment – it’s safe, solo and a fast-track to relaxation. I definitely recommend giving it a try. I slept so soundly that night – it was bliss!

Top tip: However hairy you are, don’t shave or wax the day before your pod experience – ouch. 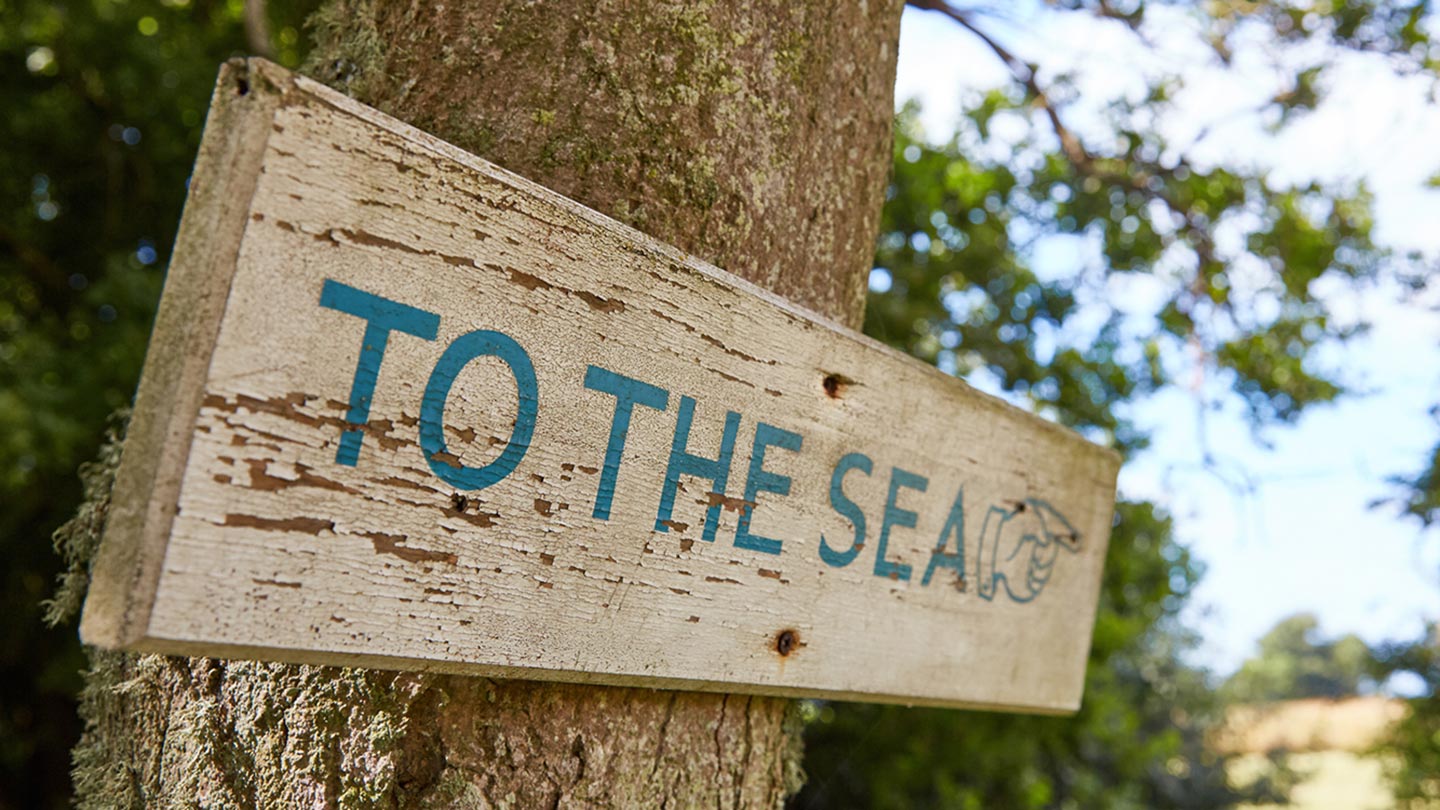 If the volcanic ash-cloud has put your dreams of... 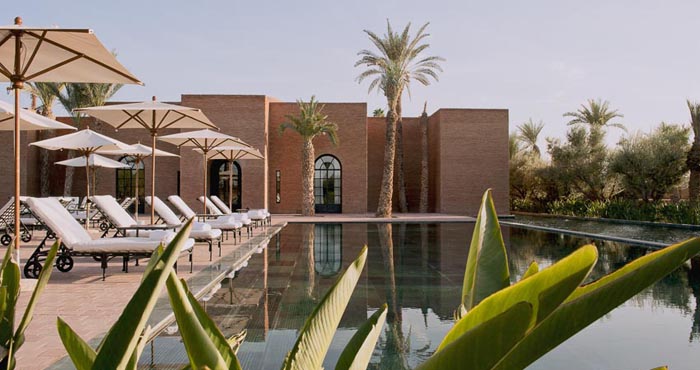 Body Detox and Hydro Energetic Cure at Chenot at the Selman, Marrakech

The Chenot Detox Massage is a high-tech version of cupping, an ancient Chinese therapy. 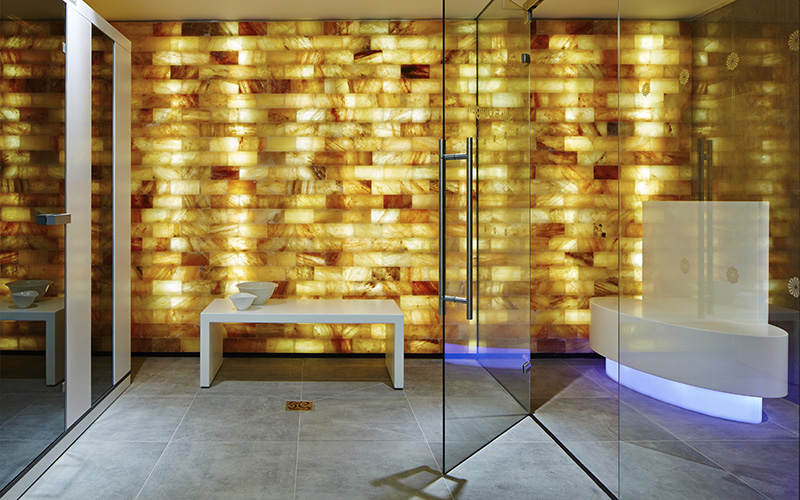