As London’s Mandarin Oriental undergoes a £165 million facelift, The Spa Spy popped into the spa to see if they could turn back a few years in her visage as well as their own.

My timing couldn’t have been better. The Spa at the MO is due to close this August until late Spring 2018, although the Pool and Wellness Centre will remain open to hotel guests.

I am here to have a Samadara Illuminating Age-Defying Facial (80 minutes, £200) by Antipodean botanical brand Sodashi, all the rage among the Sloaney Hippie set.

You don’t have to look too hard for positive-aging role models when visiting the Mandarin Oriental. There are some splendidly maturing women styling it out on Sir Peter Blake’s massive Sgt. Pepper-style artwork concealing the scaffolding beneath – Dame Helen, Sigourney, Whoopie, Darcy and my absolute icon of female chic, 64-year-old Isabelle Huppert.

Clearly, I have come to the right place.

With celebs like Cameron Diaz and Drew Barrymore posting un-airbrushed selfies, and Lauren Hutton modelling underwear at 73 for Calvin Klein, it would be nice to think that society’s attitude to ageing is changing. But, as someone wise once said, change begins within.

The Sodashi Samadari range is perfect if you want to age well. It’s all about self-love, people. 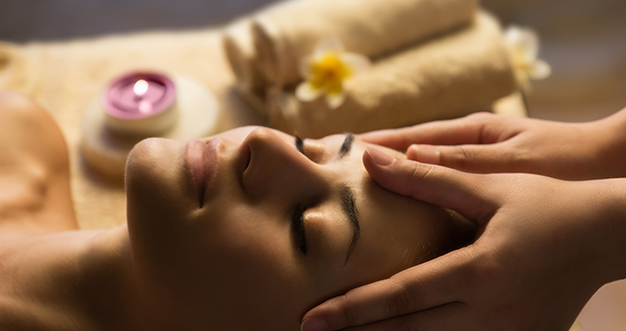 Sodashi was founded by New Zealander Megan Larsen who has “a background in aesthetics, aromatherapy, Ayurveda, transcendental meditation, biochemistry and natural healthcare.” In Sanskrit, Sodashi means wholeness, purity and radiance (the opposite of addled, hungover and drained).

I have faith in the healing properties of botanicals (aloe is good for sunburn for example) and love a brand that sources its ingredients ethically. Every batch is unique, subject to seasons and climate. All this explains the price tag, the Samadara moisturiser alone is around the £300 mark.

I’m a little more sceptical when it comes to ingredients like “intention”: the team apparently meditate together to ensure the energy going in to making the product is the best it can be. Ayurvedic rain melody is played in the laboratory to cleanse the space…

But don’t knock it: it’s the sort of thing Gwyneth Paltrow and the GOOP website would salivate over and reminds me of two brands I’m already rather partial to: Mauli and de Mamiel, both beautiful products and slightly bonkers.

It also fits perfectly with The Spa at MO’s holistic ethos. Hippie-Luxe is so 2017, whatever your age.

The spa and treatment 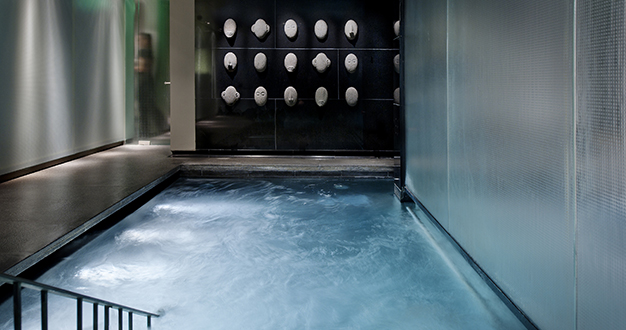 Despite the building site, staff at the MO still treat you like you are Dame Helen herself. Laid out over two below-ground floors, the spa felt like a warren of jewel-like rooms with Asian-inspired clean simplicity and luxurious natural materials. There is a gleaming azure pool in the dark female changing room as well as a sauna and samarium, an elegantly monochrome lap-pool in the fitness area and zen colour therapy pods.

Water in Samadara products is purified through rose quartz which, in GOOP speak, is said to give off vibrations of self-love. The Elixir uses 15 plant oils “enlivened with the vibrational qualities of rose quartz crystals”. Neroli, Arnica, Camelia and Jasmine – beautiful scents as well as nourishing and calming on the skin.

My therapist applied a rich cream and placed a warming gauze mask over my face. While this worked its magic, she exfoliated and massaged my arms and gave me a heavenly head massage. By the end, I was positively overflowing with self-love and good vibes.

Checking out my visage in the changing rooms, I noticed a visible glow, plumping and uplift, although I had to remove some residue mascara – maybe their wholesome cleansers are designed for au naturel Gwynnies. My wrinkles looked rather pretty instead of crepey and the scent of the product was divine. 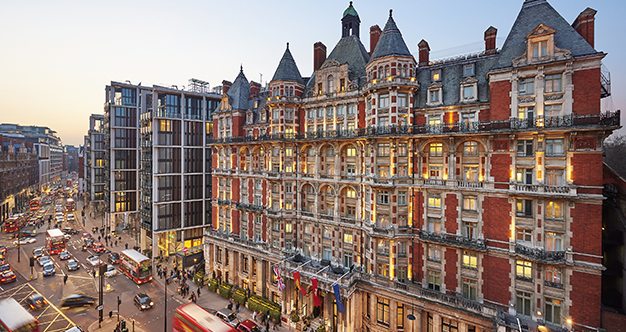 Exiting the MO into the ‘real’ world of Knightsbridge in rush hour, it took me a good few hours to float down from my little cloud of luxury. I think I could age very happily with a regular Samadari facial. I’m sure my family won’t mind if I just re-mortgage the house...