Historically, my mum and I have had a pretty fractious relationship, especially when I was a teenager. Now we get on famously, but sometimes, when she comes around my house and starts dusting or telling my kids to get some fresh air, I suddenly regress to 14. I have to force myself not to slam doors or storm off to my best friend’s house with my duvet and Duran Duran LP tucked under my arm.

Mum and I are very similar – both journalists, both love travel, culture and spa – and I enjoy hanging out with her: as long as the territory is neutral. Hence the beauty of spa days.

Last mothers’ day, I decided to take her on a tour of Historic Sussex spas – Bailiffscourt, Spread Eagle and Ockenden Manor – as a special treat after a stressful year.

Three days with my mum … many people can barely do a couple of hours! What was I thinking? 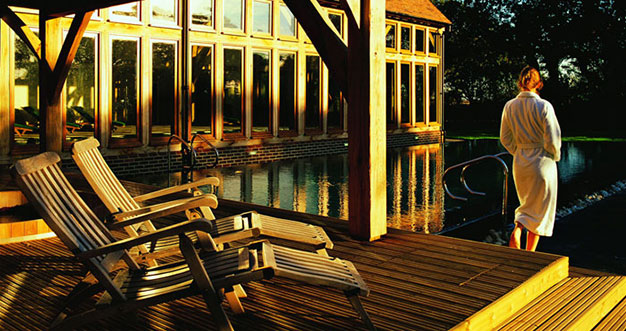 Mum picked me up from the station and we gossiped so much in the car, I didn’t realise I’d put in the sat nav for the wrong hotel until we arrived at Spread Eagle instead of Bailiffscourt.

Luckily the Historic Sussex hotels are very near each other, and as a keen wild swimmer, mum was thrilled with the lovely outdoor pool and beach at Bailiffscourt when we finally arrived.

As a Spa Spy, I’m used to travelling incognito, lurking in the shadows with my note book. But mum is helplessly and relentlessly sociable. By the end of our spa day, I was thoroughly acquainted with every single guest – the chap in the outdoor pool, the woman in the steam room, the family in the indoor pool, everyone in the spa lounge - my cover entirely blown.

Also, the Spa Manager (mum’s new best friend, apparently) got the full story of how I had fecklessly led us to the wrong spa: so much for my attempt to be taken seriously as a grown-up... 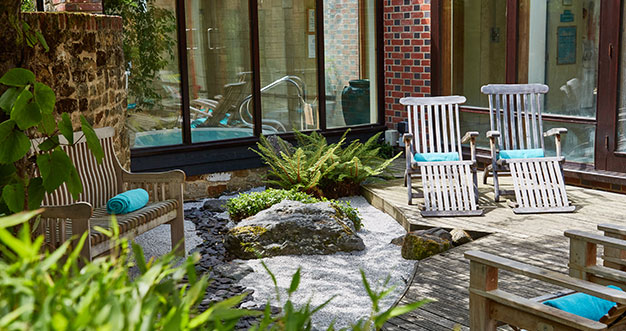 Another talent mums have is for someone being a mum to everyone. At the deliciously cosy Spread Eagle, mum discovered the hotel receptionist and she had a mutual friend – quite a lot of conversation had to occur before this fact was ascertained – but after that, our every whim was indulged. Never underestimate a mother’s charm.

The food at all the Historic Sussex hotels was spectacular, and of course, mum suggested all the meals I might like before picking her own. While there’s something lovely about knowing your wellbeing still the most important thing in your mum’s eyes, my inner teenager had a little sulk about not being allowed to make my own decisions and deliberately chose something else. Which turned out to be not as good, damnit!

By now, I’d forgotten I had grown up, got a career and had two children – although it was rather nice being taken care of again. And being at spas meant mum was being looked after too. Both happy and relaxed, with glowing skins and massaged limbs, our relationship started to show off its best side. 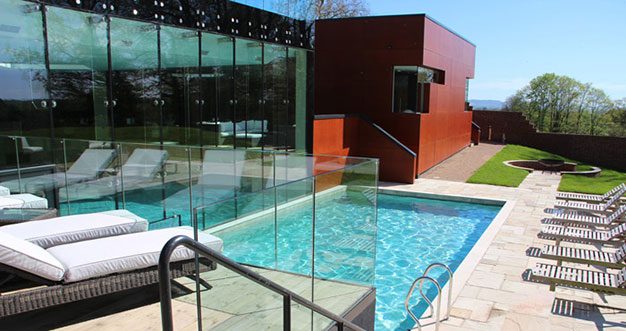 We had a heavenly time at all our spas, but this was our favourite and the love was mutual. The striking modern design, the bucolic landscape, mingled with the old school eccentric charm – and, importantly for mum, the outdoor pools. On arrival, Mum befriended both the charming hotel receptionist and the lad who took our cases up to our spa suite – turned out he was the owner’s son.

By now, you’d think a door or two might be itching to be slammed, but we were having a blissfully fine time and a bit of a giggle too. Spas are a great place for bonding – all the stresses and strains of life are removed, you are both taken care of, so all you need to do is enjoy each other’s company. By the end – Mr Spa Spy gasped when I said this – I was reluctant to return to the real world.

So happy spa-ing to all you mums this Sunday – and see you in the Jacuzzi with a glass of Prosecco, mum. You are totally worth it. 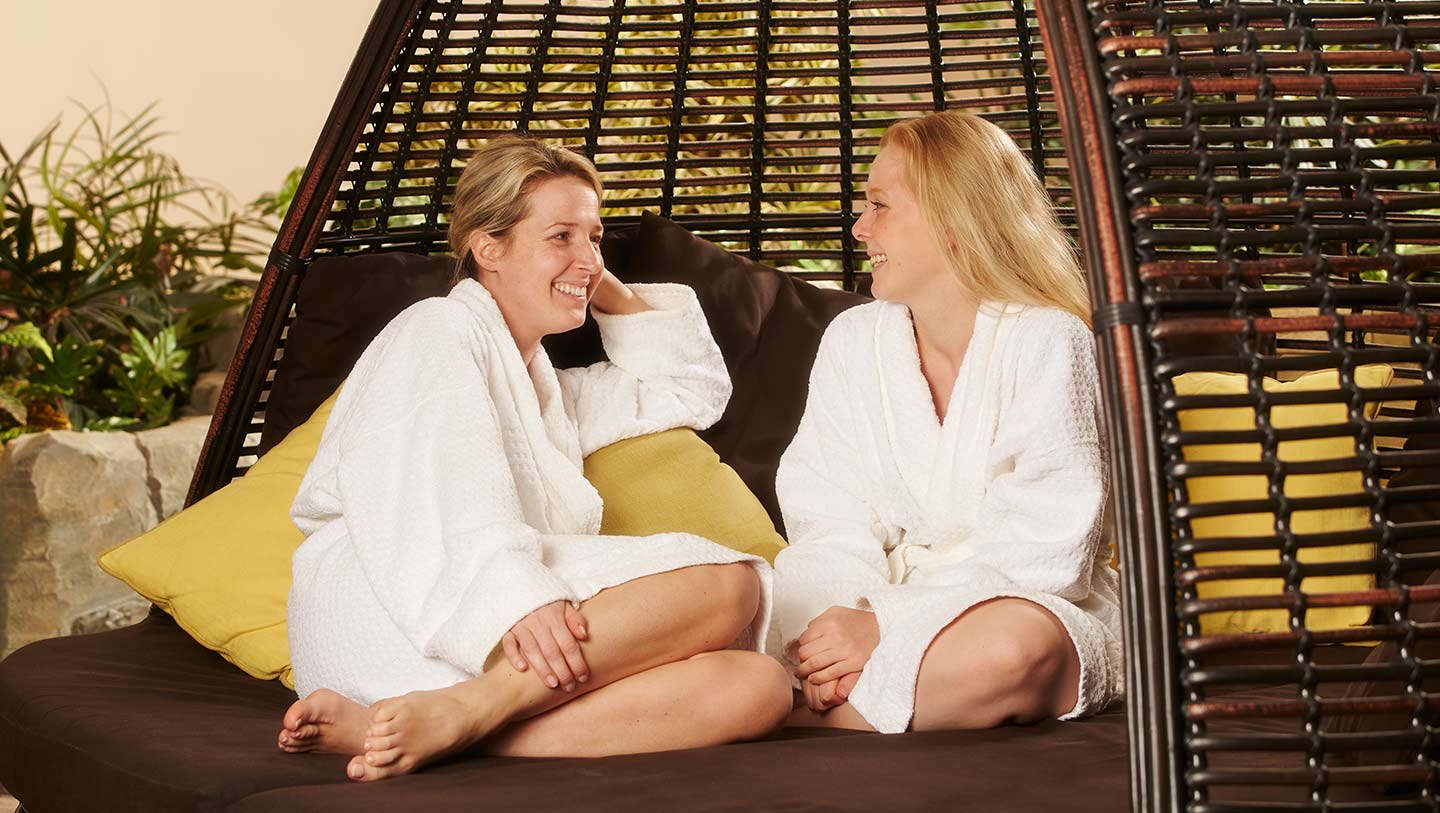 Eco Millennial and her mother-flippin’ gifts of spa

Our young Spa Spy loves her mum, loves spa and loves being eco. Here are her Mother's Day… 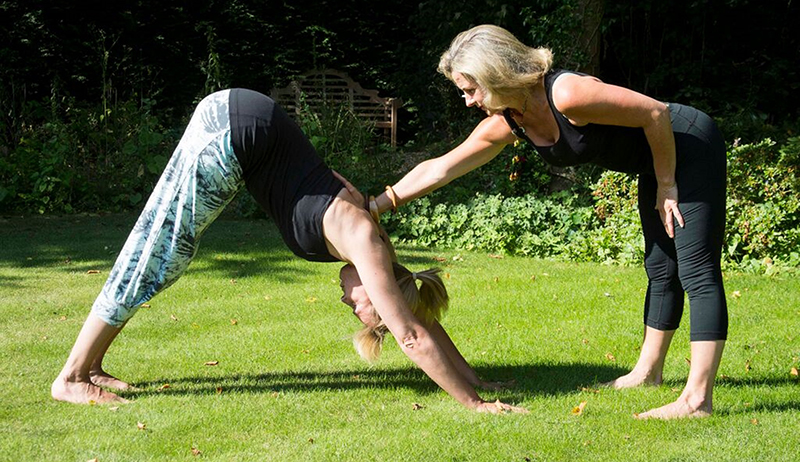 Single Spy visits The Spread Eagle Hotel and Spa for a Yoga Retreat with Elaine Vaughan.