At Good Spa Guide we like to listen to our readers and you, our esteemed readers, told us in our online survey that you like to try new and unusual treatments. So in the spirit of delivering what our readers want, we sent Sybaritic Spy off to Seaham Hall in Sunderland to try a new treatment range that mixes 5,000 year old Ayurvedic traditions with newly developed Ishga products based on Scottish seaweed. Sort of Indian… meets the north Atlantic?? 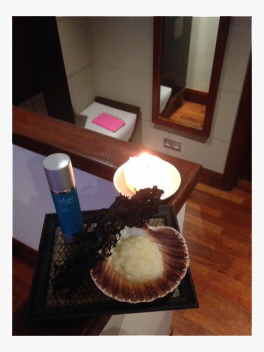 Sybaritic Spy was dubious. Her idea of a new treatment usually involves some gold or diamonds in the facial, or the newest anti-aging technology. But as she has travelled in India and had Ayurvedic treatments there she decided to give it a try, and was pleasantly surprised.

The Ayurvedic element allowed the treatment to be personalised; assessing the ‘dosha’ or character type allows the therapist to select both the type of treatment and which products to use. I am mostly ‘Pitta’ and apparently I need to ‘slow down and cool down’. So my treatment involved cold stones rather than hot ones and a slow soothing massage. The Ishga products are made from seaweed collected by hand in the Hebrides. You could have a bath with seaweed added if you have a secret fancy to be a mermaid, but an easier option is to use the range of oils and potions that include seaweed extracts and are designed to be revitalising and anti-aging.

I rather expected to smell of the sea but the only product that had a smell was the cleanser which contains tiny bits of kelp to act as an exfoliant. The cleansing mask sets firmly on the face and is lifted off without pulling the skin. It sat rather macabrely in one complete piece on towel so I could examine it after the treatment. The oils and moisturizers were light and rich, and made a significant difference to my rather dehydrated skin.

So… can you mix the old and the new? Purists would insist that Ayurvedic treatments should be prescribed by an Ayurvedic doctor. In India I have been given strict treatment schedules, a diet that suits my dosha and demanding exercise programmes as part of a week-long programme. If you don’t want to go quite that far (both literally and metaphorically) then using the most useful elements of a traditional treatment -- in this case the ‘diagnosis’ -- is an effective way of adding something special to a range of new treatments. 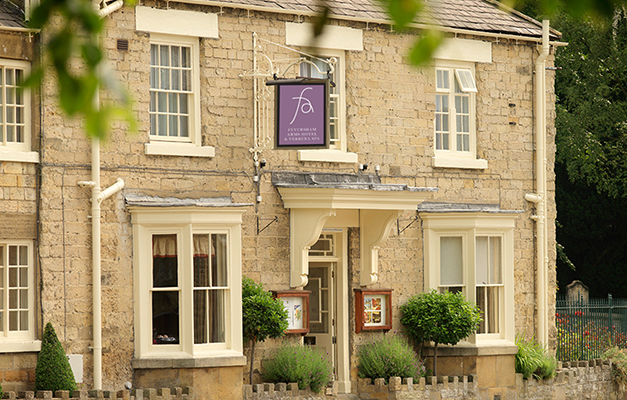 When an invitation to the Yorkshire Moors arrives on our desk, we invariably start the…