Since this is an honest behind-the-scenes blog, I thought I’d share yesterday’s photoshoot carnage with you in the hope that you can learn from – or at least be amused by - my mistakes.

First job, call in all the lovely products. Then go out and buy props – sparkly booze, hot chocolate, books, fluffy robes – to ‘dress the sets’.

Next, call all nearby spas to see if any have nice hotel bathrooms to stage our shoot. Maison Talbooth Hotel and Spa in Essex kindly said yes, we could use there glamorous sunken tub in the Shakespeare Suite (we love the way all their rooms are named after creative geniuses) - just as long as we could be in and out between 12 and 2pm, leaving it clean for their guests.

We sourced cameras and tripods and we were ready! Or so we thought… 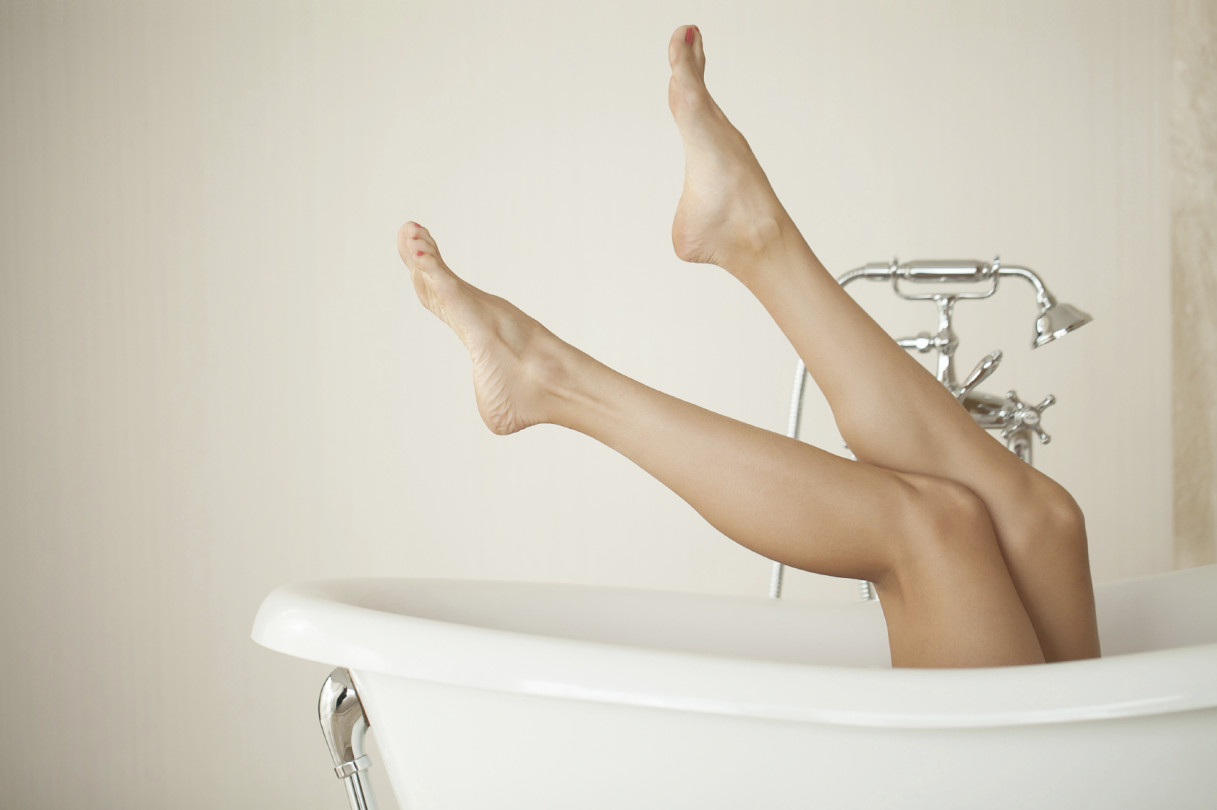 We all think we’re photographers in this day and age - until we have to take a picture in an enclosed bathroom with pale tiles and sunken lights.

Proper photographers, like my colleague, take light readings and adjust their cameras accordingly. They have those big lights on tripods, and light deflectors and stuff -- I’ve worked with many but apparently learned nothing.

I turned on my camera (birthday gift from Mr Spa Spy) thinking I could do some amusing shots for the blog, and lots of strange symbols and buttons appeared. When I pressed said buttons, they asked me difficult questions about ratios. I tried to get my colleague to help, but she was too busy with her tripod.

Third Mistake: Honesty is not always the best policy

Most of the bath products we were using smelt wonderful and while they would possibly do miraculous things to our skin, pictorially they were not that exciting.

Neom’s bath foam was one of the few that produced bubbles. However, Maison Talbooth’s sunken baths are very deep. As I poured most of the contents of a not-cheap and rather desirable product into a bath that no-one would enjoy, I wondered aloud whether photographers had tricks, like using Fairy Liquid instead of bath foam - or indeed lemonade instead of that nice bottle of Prosecco we eventually poured down the sink.

A lesson for next time perhaps.

Two hours in the normal world is quite a long time. In two hours, I can dress for a ball and have time to read the paper, I can walk the dog, cook and eat dinner. I can drink a bottle of champagne and dance to The Best of the Bee Gees.

In future, I will do a run through at home so we know exactly what we're doing.

We decided to save the Seaweed Bath from Voya until last, since it is real seaweed and more likely to make a mess.

Voya probably know this having photographed a lot of seaweed baths, but it was news to me: Seaweed doesn’t float. Its fronds don’t splay out with pre-Raphaelite romanticism. It just sinks to the bottom in a dark lump.

We hit upon the bright idea that I should drop the seaweed onto the bath and run off-set while the photographer took the shots. Which would have been fine if the floor wasn’t slippery from blowing soap bubbles for one shot or the hot wax from moving oil-based candles about… 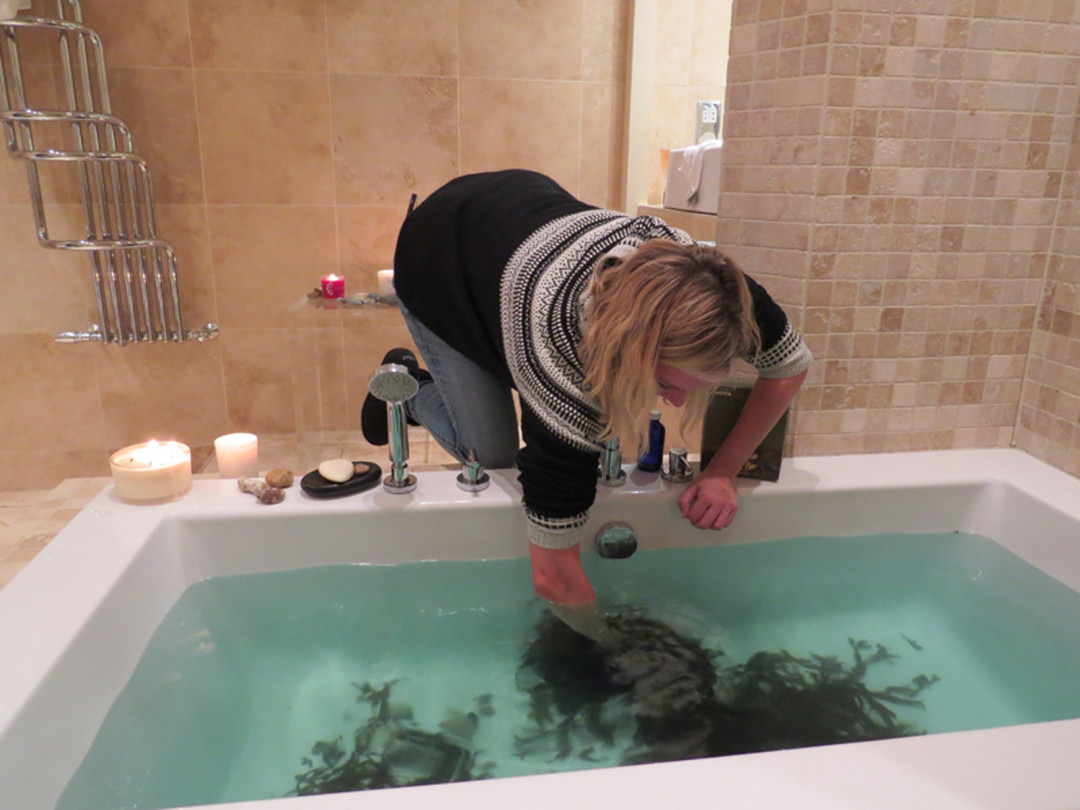 It was a shame we ran out of time, Maison Talbooth Hotel and its spa building are in such a beautiful location -- overlooking sweeping valleys of Deadham Vale immortalised by Constable -- that we would have loved a while to chill and stroll about exploring.

Instead I was trying to clear out heaps of slimy seaweed before it blocked up the bath, sweating with anxiety about missing the school run and still needing to pack up hundreds of products and props and leave the bathroom in a fit state.

Thanks to all the scented candles and gorgeous spa products, the room did smell amazing. I just hope the staff at Maison Talbooth weren’t too put out by the sight of a slightly manic looking Spa Spy running around with armfuls of props…

The results will be online next week, so tweet your thoughts to @GoodSpaSpy