An exclusive facial led me on an overseas spa pilgrimage – not to the Maldives, Thailand or Ibiza – but to the Channel Islands.

De Mamiel products are not only organic, beautiful and unusual, they are hand-crafted in creator Annee de Mamiel’s kitchen, chanted over and sang to “which brings a vibrational energy to each batch.”

Her Altitude Oil made the Vogue 100, and when she launched her treatments in Fortnum and Maison’s in 2014 she had to close her waiting list. Her seasonal facial oils are only available at “the Solstice or Equinox of each new beginning.”

You can buy de Mamiel products in Liberty, but I wanted to experience the treatments inspired by de Mamiel’s training in acupuncture and Traditional Chinese Medicine. It just so happens that the Spa Manager Lana Shepperd at Jersey’s Longueville Manor was trained by Annee herself to deliver the legendary de Mamiel Rhythm of Nature Holistic Facial (90 minutes, £140). I booked myself a flight.

I had no idea that Jersey was so near France – for some reason I thought it was just off the coast of Devon (nil points, Ms GCSE Geography). On arrival (just 35 mins from London by plane), I was struck by how pretty it was. My only acquaintance with Jersey until then had been the 1980s detective series Bergerac, in which John Nettles sported a leather blouson jacket while driving through pleasant scenery solving mysteries.

The Island is a mere nine miles by seven, fringed by lovely beaches and shimmering turquoise sea – in parts it feels like the Med, in others a combination of France and the West Country.

Longueville is a five-star 14th century manor hotel on the edge of St Helier, Jersey’s capital and lively port. Its gardens reach up into rolling countryside with stunning views over the English Channel – take the ‘Nun’s walk’ besides a woodland stream leading to a waterfall and lake, or past the beehives supplying the Manor’s honey. The family run hotel is sumptuously charming and warmly welcoming: the interior is country house boutique chic. We stayed in The Cottage which backs onto the spa and gym, and would be ideal for two couples or a family on a spa break. 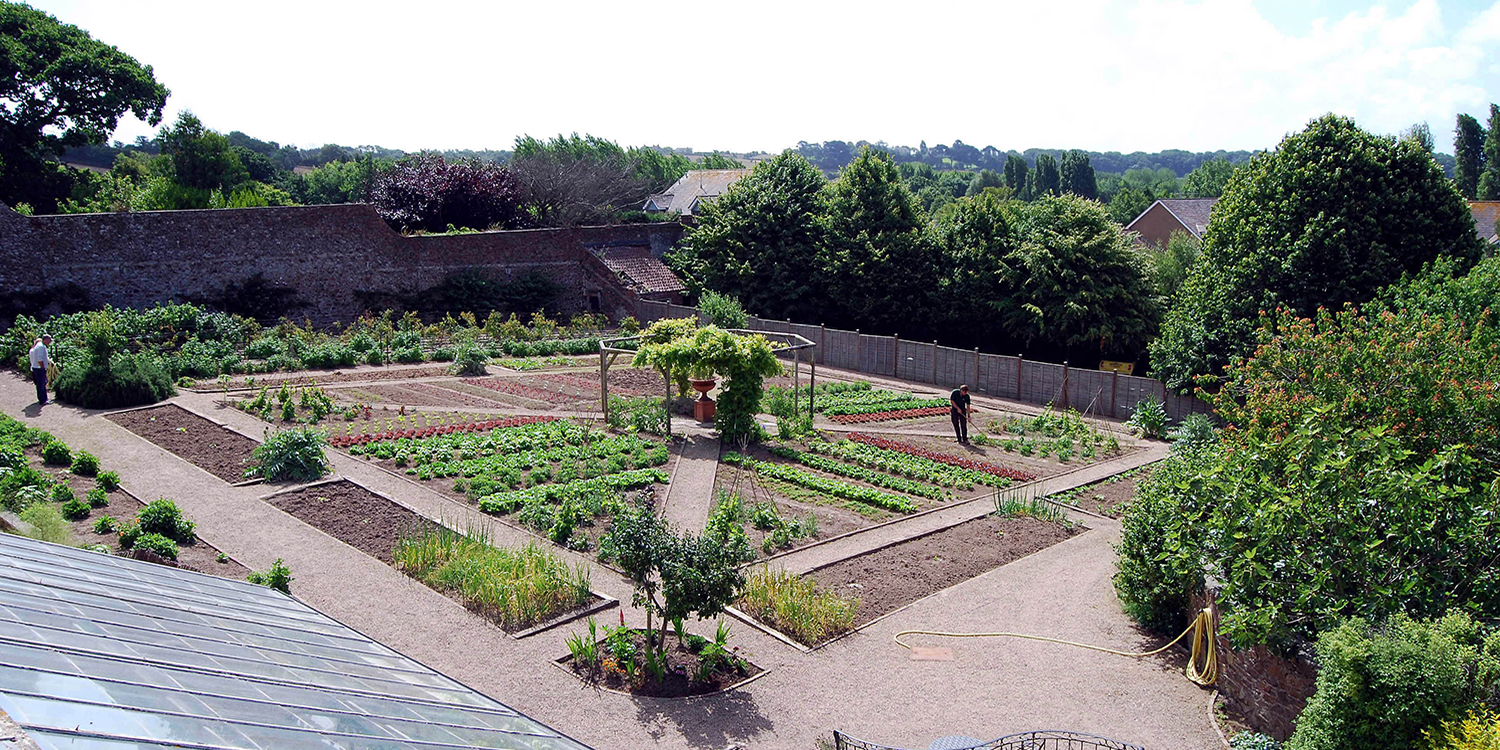 Even though it was nearly October, the sun was blazing over the lake and heated outdoor pool, so we simply had to take a delightful dip before heading over to the spa. En route, we strolled through the ridiculously romantic Victorian Kitchen Garden, where opulent orange gourds were ripening amid beds of red stemmed chard. Later I spotted one of the chefs emerge with a box of herbs and vegetables for our evening meal (a wonderful seafood platter created by head chef Andrew Baird).

The Cottage Garden Spa is small but utterly exquisite. It is a low stone building with just two treatment rooms in a serene walled garden filled with pots of lavender and a trickling stone fountain. A raised deck area has stylish cushioned chairs, with tables and magazines for al fresco relaxing, plus a large whirlpool on a platform with hooks and robes and towels should anyone passing fancy an impromptu dip. We whiled away some time lying in the bubbles listening to the gentle pop of tennis balls in the courts beyond the brick wall. 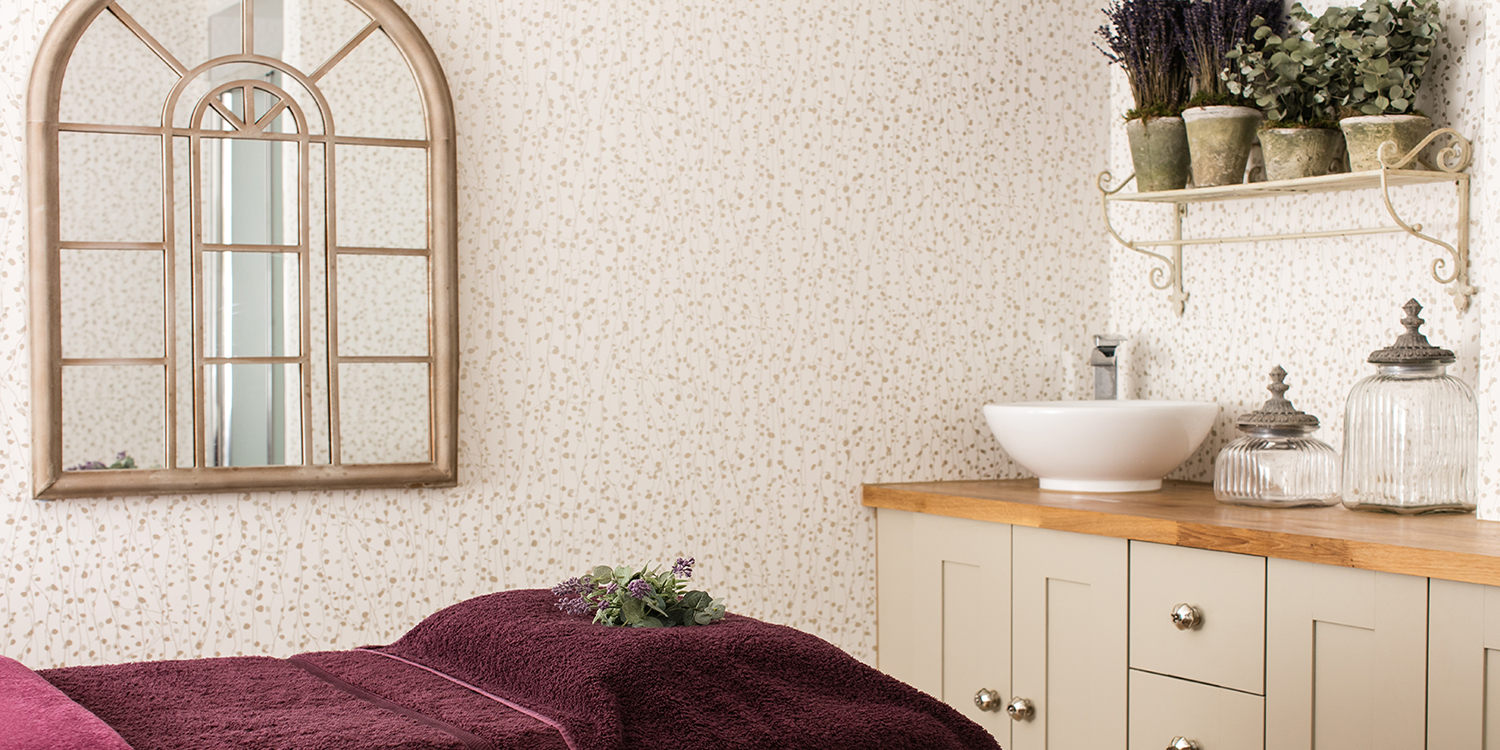 At the allotted time, Lana came to fetch me for my facial. The spa offers mostly REN treatments, which Mr Spa Spy choses for himself, as well as aromatherapy treatments with ingredients from the garden. I filled out my consultation in the spa reception area, then Lana led me through to one of the treatment rooms, decorated in the same classy-cosy boutique style of the hotel: pretty wallpaper and gilded mirrors.

Lana explained all about de Mamiel while I filled out the fun Table of the Five Elements, where you circle your personality traits (“difficult to say no”, “life of the party” “frequent mood swings”) and find your element: mine was fire with a dash of earth.

De Mamiel was a triathlete whose career nosedived 14 years ago when she was diagnosed with cancer. Her recovery involved an incredible spiritual and emotional journey, and clearly she pours her passion into her products. They come in dark black phials and smell edible, addictive. 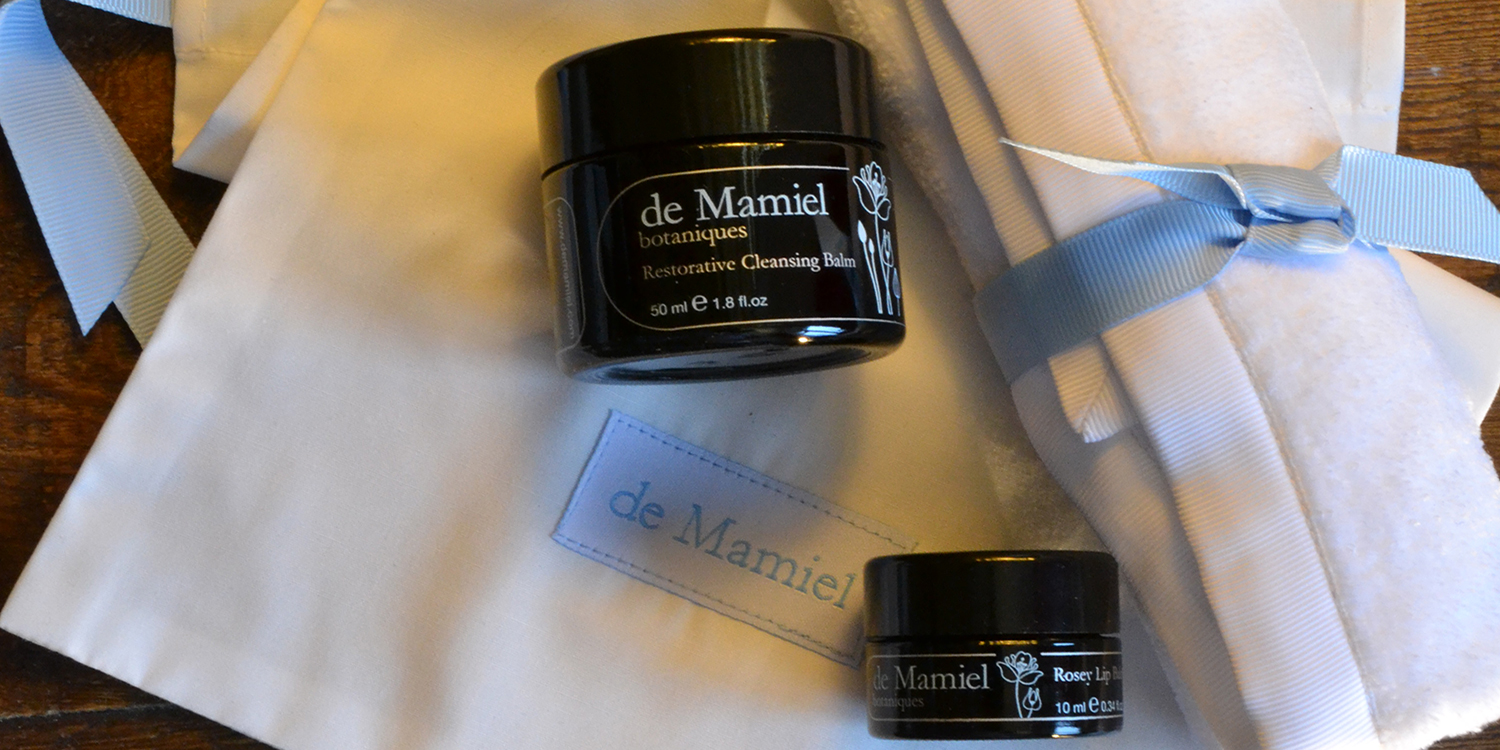 The first cleanser Lana applied with practised, flowing strokes made me think of hot buttered toast. The next was fruity and sticky, like jam. It stuck between my skin and Lana’s hands as she patted my cheeks brightly to get the circulation flowing -– an unusually enjoyable feeling. I couldn’t use the cocoa mask because it contains aloe – sadly, I’m allergic – but Lana let me smell it: gorgeous. Instead she applied some lavender mini-poultices and gave me a blissful facial massage focusing on acupressure points. Because de Mamiel’s ethos is holistic, my legs, arms and head were massaged in the service of my face – everything is connected. It certainly made me smile with pleasure.

It was such a lovely treatment, beautifully delivered and I didn't want it to end. Lana brought me a large mug of De Mamiel’s tea (she does that too: beauty inside and out) and let me rest on the large comfortable treatment bed which she positioned like a lounger – no need for a relaxation room. She brought me a mirror and I have to say, I was impressed. I looked uncannily younger, my skin pump and golden and where were all my lines?

Could it be magic…?