After a colleague raved about a machine-led facial, I was finally having one. I had no choice, as I was reviewing The Lowry in Manchester where the spa is built around one product: !QMS Medicosmetics.

Having sensitive skin, I generally avoid anything too exciting or clinical, so for me this is the spa equivalent of bungee jumping.

German plastic surgeon Dr Erich Schulte created !QMS as aftercare for his patients, who were so impressed they encouraged him to make them more widely available. The basis of the very surgically packaged products – white tubes, sparse teal lettering – is soluble collagen. While I am always sceptical about any scientific claims, I was more worried that the ingredients would be too abrasive. 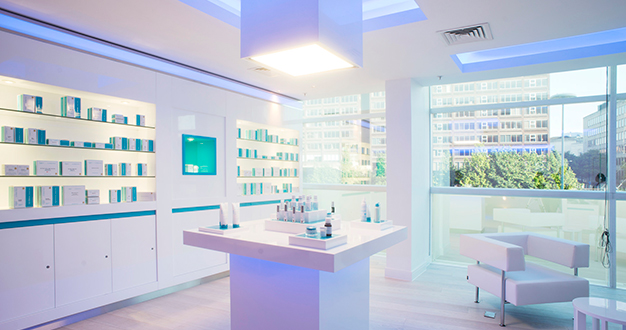 Booked in for a !QMS Signature Treatment (80 mins £110), I waited in the relaxation room to be called through. Everything in The Lowry Spa is white bathed in an ultraviolet glow, like being on a groovy spaceship. Since I was about to have lots of weird products piled onto my skin, I couldn’t help but think of the face huggers in Alien.

My therapist was called Olga, but far from a Russian shot-putter, she was a pretty petite blonde from Poland. Her mother was trying to be different, she said. She reassured me that the ingredients were activating rather than abrasive. She added that her skin is similar to mine, so she understood my concerns, but I had nothing to worry about.

Olga explained the treatment in simple layman’s terms with a welcome sense of humour. From what I could work out, the treatment is all about stripping of the dead cells on top and plumping up and rehydrating the younger cells underneath. Unfortunately, the brain cells containing cell facts from my Biology GCSE had died too, so I had to take Olga’s word for it. 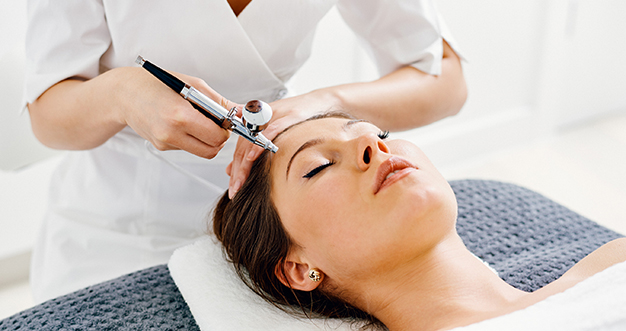 The treatment began with lots of cleansing, exfoliating creams and a tingly Dermabrasive gel which is pasted on and left for ten minutes. John Updike once said that celebrity is a mask that eats the face. So do enzyme peels … sort of … as they dissolve the outer layer of dead cells revealing shiny new skin underneath. Dr Schulte has apparently developed a way of splitting collagen cells and the treatment uses technology – a rather tickly oxygen-spraying machine - to deliver the collagen into the deeper layers. “Penetrating deeper” is a phrase often used in the beauty world, and indeed in other less reputable industries.

An algae mask is purple when applied then turns white as it sets. Olga lifts off the mask and shows me where my lines have imprinted into the rubbery mould revealing areas of dehydration, never mind that it looks like the mask from Scream (why all this horror imagery? It’s just a facial!). After toning, more oxygen is sprayed over my skin and eye-lids. Olga says she finds this ticklish, but I find it so soothing, I start to drift away. Next, she sprays on the second soothing Hydro Foam Mask – like shaving foam - and massaged it until it sunk in. Finally, eye cream was applied, then Sport Active Cream with SPF and a slight tint. 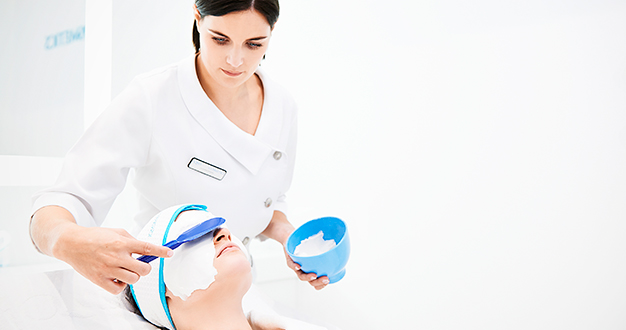 If my hair hadn’t been massaged into an alarming bird’s nest while the mask set, my fizog looked lovely enough to head straight out on the town: not oily but satin smooth, plump and yes, a little lifted. The tone was evened with the BB tint as well as some of the soothing products (one assumes as a plastic surgeon Dr S knows how to calm more extreme skin redness caused by actual burns, let alone mildly irritable skin like mine).

Olga had warned of possible redness that would quickly fade, but – huzzah (exclamation point) - I had none. I think this was the most impressive facial I have had results-wise, but it could just be that I was over-scrutinising it since it had promised so much, or that I was coming to the end of a spa trip and had had more facials that week than the average human has in a lifetime, or that I’d been sleeping particularly well in all those lovely hotel beds.

As long as I can get away with it, I would much rather have a machine tease my cheeks into a state of tumescence than have anything more drastic. But who knows. Perhaps it is a slippery slope, and in ten years’ time I’ll have developed a plastic surgery habit. I’ll have become some crazed surgeon’s pet project and look like the Bride of Wildenstein…